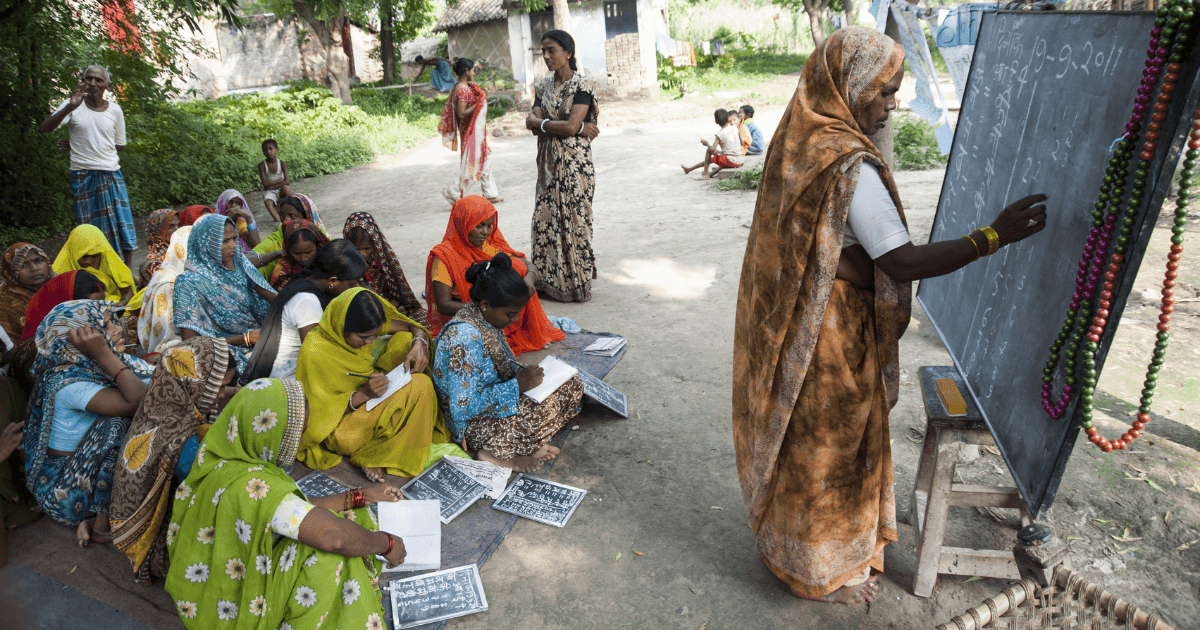 Rising India : Towards Women Education and to raise the Marriageable age achieving towards Punitive Paternalism

Home » Rising India : Towards Women Education and to raise the Marriageable age achieving towards Punitive Paternalism

“Education plays a pivotal role; it not only educates a woman but enables her to take decisions and accept responsibilities at her home as well as outer world. “

A milestone for women empowerment is education. The 1978 amendment of the Sharda Act of 1929 has set the legal marriage age in India as 18 years old for woman and 21 years for man. Rewinding the bygone era the positions of power for women have increased substantially. The geographical chart for education, knowledge, ambitions and passion has taken every industry by storm with the contribution of women leading towards higher impact on socioeconomic status of the country.

Financial independence is an asset to women’s future.The maternal mortality rate, nutrition levels, more opportunities to pursue higher education and the financial security of women will lead to a better social and economic impact on the country with increase in the marriageable age of women.

Prime Minister Narendra Modi during Independence Day speech had announced that the government will soon take a decision on the age of marriage of women, the reports stated that India is on the verge of raising the legal age of marriage of women from 18 years. Since the time and era has changed. Education plays a pivotal role; it not only educates a woman but enables her to take decisions and accept responsibilities at her home as well as outer world. Education helps a woman to understand her rights to equal treatment like a man in the society of this nation.

Particularly women in rural areas and lesser known communities are particularly affected. When schooling is no longer compulsory, families didn’t enroll their daughters, not only for financial reasons but also because of social norms (keeping girls at home, early marriage and maternity, inadequate school infrastructure, discrimination, etc.).Reforms like changing mentality and equality between men and women is the need of the hour.

Women education in India plays a pivotal role in the overall development of the country which will not only help in the development of half of the human resources but it will enhance the quality of life at home and outside. Educated women not only tend to promote the education of their girl children but they can provide better guidance to all their children. Moreover educated women can also help in the reduction of infant mortality rate and growth of the population. Empowerment is to elevate from weak position to power.

It will bring a reduction in inequalities and functions as a means of improving their status within the family. To encourage the education of women at all levels and for dilution of gender bias in providing knowledge and education, established schools, colleges, and universities even exclusively for women in the state will be a boon to better and reformed India.

“Educated women can also help in the reduction of infant mortality rate and growth of the population. Empowerment is to elevate from weak position to power.”

There is a belief that greater women’s empowerment will lead to improvements in their health, particularly in areas where disparities are highest such as maternal mortality. Maternal mortality has declined significantly since 1990. While better access to emergency obstetrical care has also added as a contributing factor which has considerably reduced the maternal mortality rate. As an added benefit more empowered women (based on education, wealth, and autonomy) are more knowledgeable to use contraception, attend antenatal clinics, and gain knowledge about the care during and after pregnancy which has contributed towards lowered maternal deaths. Forging towards better social and economic impact in the country.

Furthermore, there may be a requirement of added interventions that have enhanced women’s empowerment and leadership at the community level which have lead towards improving the health status of women and children. In some rural areas, the prevalence of worm infestation disease, which was spread by water had incapacitated in an infected person for months required a comprehensive eradication campaign and effective measures. Women volunteers were enrolled and provided education and knowledge to spread the facts regarding the disease and the measures to be taken by the people. In such cases women were more familiar with the improved water sources than men, door-to-door surveillance was conducted, distribution of filters, identification of potentially contaminated water supplies, and provided community education. This considerably reduced the disease and caused more awareness to the women.

Another major aspect to be highlighted upon is the early girl marriage which reduces barriers to employment posed due early pregnancy, birth spacing, a higher number of children which can lead towards malnourishment of mother-child, and also abortions. Large family size and women’s role as primary caregivers for their children emerge as having negative effects on labor force participation and affecting socioeconomic factor too. Early marriage can also be influenced by norms and beliefs. In some societies, marriage is nothing more than a phase of womanhood.

Once menstruation begins, a girl is seen as a grown woman so the logical next steps for her in life are marriage and motherhood. Younger girls may also be perceived as amenable which can be more easily shaped into an obedient wife. Some families forcibly marry their daughters early as a survival strategy. As they cannot afford to feed and educate all of their children, marrying the girls at puberty would be the next best thing to avoid starving, while also allowing them to give preference to boys schooling and education.

More impact towards women child education should be emphasized upon and also to raise the awareness between the people who are still biased and have a narrow thought view on early marriage of their daughters. Educated women will be knowledgeable and can have their own choices to make In life including their life partner too.

“A girl suffers from poor health, be it physical or mental, there are both immediate direct costs for health care, and long term economic impacts and high resulting costs in terms of lost productivity and earning potential.”

Early marriage can affect a girl’s physical and mental wellbeing too. Higher rates of malnutrition, isolation, and depression. It’s even noted earlier, girls who are married early experience higher levels of depression, anxiety, isolation, vulnerable to sexually transmitted diseases, including HIV leading to high levels of self-harm and suicide. It’s a traumatic experience for girls, especially in cases of marriage by abduction, resulting in lifelong psychological effects on mind and wellbeing.

A girl’s nutritional status can decline if she marries early. When a girl suffers from poor health, be it physical or mental, there are both immediate direct costs for health care, and long term economic impacts, and high resulting costs in terms of lost productivity and earning potential. Unexpected illness results in high medical expenses lost earnings, and less savings at the household level due to large income shocks from illness in the family perpetuating a cycle of poverty.

Girls who marry early have less decision-making power within the marital home, a greater likelihood of school dropout and illiteracy, lower labor force participation and earnings, and less control over productive household assets . Girls who bear children early have more dangerous, difficult, and complicated birth have less healthy and uneducated children leading to same league in the future.

All these factors negatively provide a wide range of economic and social costs and impacts at the individual and household levels. It can profoundly affect at national and global levels in the forms of lost earnings and lower the economy of the country. As a country more educated women tends to an egalitarian society, educated league, and civic sense. Hence the geographical statistics should paint a positive picture and impact on the socioeconomic status of the country.