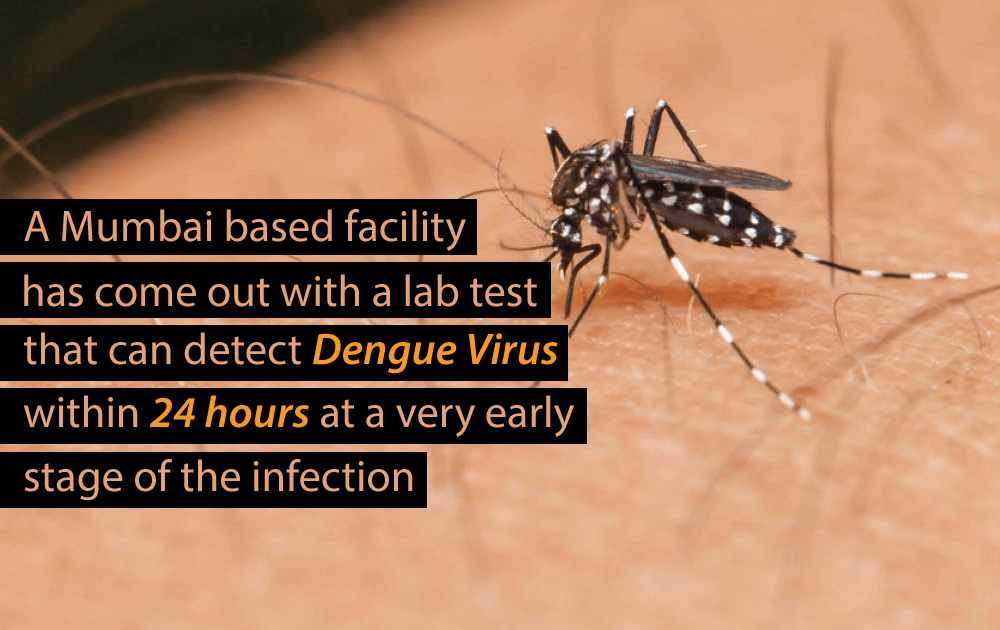 As per data from the National Vector Borne Disease Control Programme, there has been a 5.5-fold increase in dengue cases from 2010-2017. Deaths due to dengue infection have also more than doubled over the same period. In fact, there were 28000 more cases in India in 2017 as compared to 2016 making this a huge public concern.
Also Read: Indian Scientists Detect New Strain of Dengue

Dengue is a mosquito-borne illness that can cause severe flu-like symptoms with possible complications like hemorrhage and shock. Dengue infection may progress to dengue hemorrhagic fever resulting in severe abdominal pain, vomiting, diarrhea, convulsions, bruising, and uncontrolled bleeding. The most severe form of the illness that is dengue hemorrhagic shock may lead to plasma leaking, fluid accumulation, respiratory distress, severe bleeding, and multiorgan failure. With such complications, fatality is significant. So, missed or even delayed diagnosis is very dangerous.
Two-thirds of dengue deaths happen due to missed diagnosis making it imperative to have a quick, reliable method for early detection. Taking a step in this direction with its innovative molecular assays, iGenetic Diagnostics, a Mumbai-based facility has come out with a lab test that can detect dengue virus within 24 hours at a very early stage of the infection whereas the existing labs take 3-4 days.
Also Read: Forecast Dengue Spread

iGenetic has also developed a rapid molecular diagnostic test that can identify the serotype of the virus. It is important here because the dengue virus has 4 serotypes and once a person has been infected with one serotype, they have lifelong immunity from that serotype. But if a person gets infected again with a different serotype the disease progression is fastened and more severe, thereby proving deadly. So, another advantage is that the test enables detection of dengue from day 1. Thus, the molecular diagnostic approaches to accurately and rapidly diagnose viral infections have been rightfully employed by iGenetic.