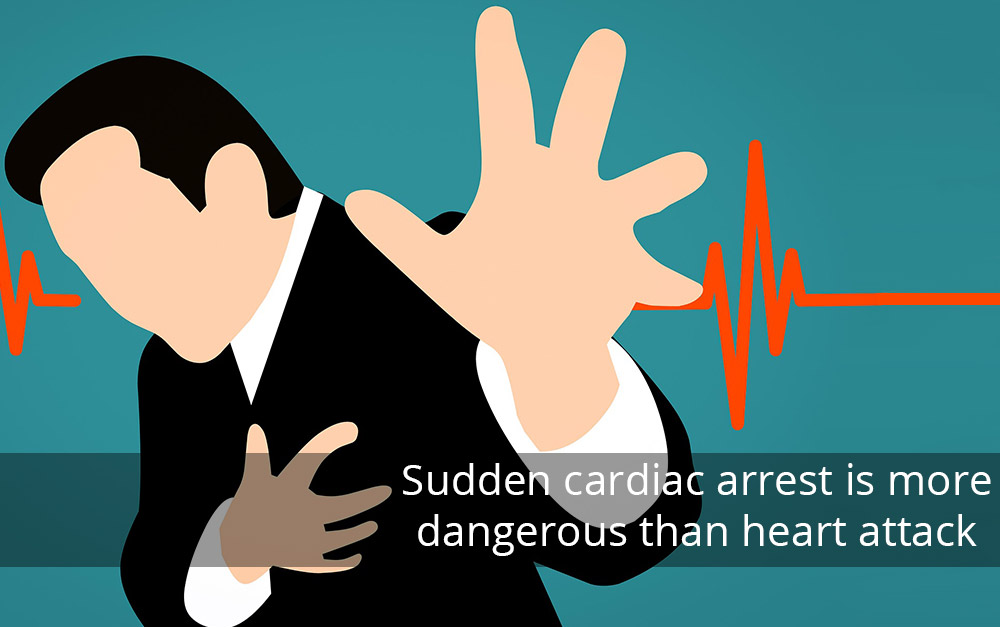 We often hear of people dying in sleep. But, do we have an understanding of what can cause this sudden death? In most cases, the cause is sudden cardiac arrest due to an undetected heart rhythm disorder, or an underlying coronary artery disease.

In India, however, there is limited awareness both among people and healthcare providers about mechanisms needed to be adopted to reduce risk of sudden cardiac death and save lives.

There is a need to talk about the importance of timely identifying and treating patients at high risk of sudden cardiac death.

Sudden cardiac death (SCD) is defined as death which occurs within one hour of onset of symptoms due to cardiac causes. In USA about 350,000 deaths occur every year which are sudden. While we do not have consolidated statistics for India, clinical evidence suggests the numbers of people dying a sudden death due to heart ailments is high. Most important cause of sudden death in India is coronary heart disease or artery blockage but very few people understand the concept of sudden cardiac death or do anything to mitigate their risks.

In many cases, especially in smaller towns patients do not report fainting episodes, and carry on with their lives after regaining consciousness. There could be several reasons for a person passing out including a heart rhythm disorder coming from lower chambers of heart which can turn fatal if ignored. If the predictors are detected on time, the sudden cardiac arrest can be prevented by implanting a pacemaker-like device called ICD (Implantable Cardioverter Defibrillator) under the skin (usually below the collarbone) to send life-saving electrical signals that bring the heart back to a normal rhythm whenever abnormal heart rhythm is detected.

The single most important and cost-effective way to prevent sudden cardiac death is to prevent damage to heart which occurs due to heart attacks caused by blockages in the arteries. Cardiovascular disease is a huge health burden in India, magnified by the changing lifestyles, increase in sedentary jobs and lack of physical activity.

How to Reduce the Risk of Sudden Cardiac Arrest:
Control your weight: People who are over overweight especially at the abdomen have high risk of cardiovascular disease. Control diabetes, hypertension and LDL. Diabetes, hypertension and bad cholesterol magnify risk of both coronary artery disease and sudden cardiac arrest.
Exercise: 45 minutes of moderate daily exercise, at least 5 days a week, performing yoga or meditation, will go a long way to prevent heart attacks & sudden cardiac death.
Avoid Smoking: Smoking increases risk of coronary heart disease by narrowing arteries over a sustained period of time. Quitting immediately cuts the risk.
Managing heart health: People who already have suffered damage to their left ventricle (Ejection Fraction 35 % or less) can prevent sudden death by implantation of small pacemaker like device called ICD. ICD is highly effective device which can revive more than 95% of victims who suffer from cardiac arrest.