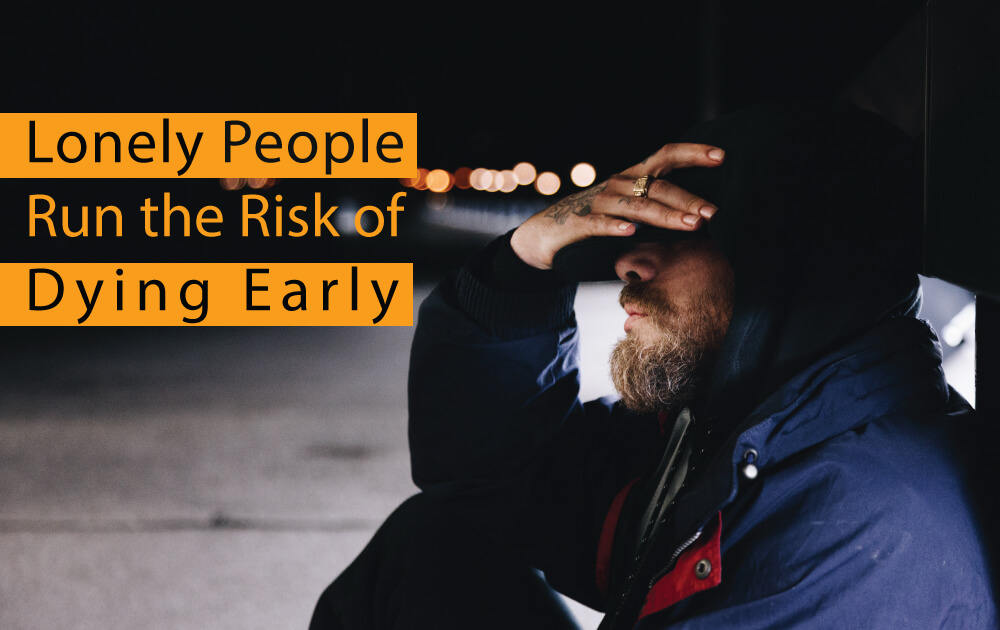 Before we meaningfully or unwittingly leave our parents or acquaintances alone, we must be aware that the latest study has found that Loneliness is bad for the heart and a strong predictor of premature death.

Recently, at a scientific congress in Dublin, Ireland, a paper was presented which minced no words to assert that feeling lonely was a stronger predictor of poor outcomes than living alone, in both men and women. The study found “Loneliness is more common today than ever before, and more people live alone,” said Anne Vinggaard Christensen, study author and Ph.D. student, The Heart Centre, Copenhagen University Hospital, Denmark. The soul-searching paper was presented at EuroHeartCare 2018, the European Society of Cardiology’s annual nursing congress.

“Previous research has shown that loneliness and social isolation are linked with coronary heart disease and stroke, but this has not been investigated in patients with different types of cardiovascular diseases.”

Data from national registers were linked with the DenHeart survey, which asked all patients discharged from April 2013 to April 2014 from five heart centers in Denmark to answer a questionnaire about their physical and mental health, lifestyle factors such as smoking and social support.

Social support was measured using registry data on living alone or not, and survey questions about feeling lonely – Do you have someone to talk to when you need it? Do you feel alone sometimes even though you want to be with someone? “It was important to collect information on both, since people may live alone but not feel lonely while others cohabit but do feel lonely,” explained Ms. Vinggaard Christensen. Feeling lonely was associated with poor outcomes in all patients regardless of their type of heart disease, and even after adjusting for age, level of education, other diseases, body mass index, smoking and alcohol intake.

Loneliness was associated with a doubled mortality risk in women and nearly doubled risk in men. Both men and women who felt lonely were three times more likely to report symptoms of anxiety and depression and had a significantly lower quality of life than those who did not feel lonely.

Ms. Vinggaard Christensen noted that people with poor social support may have worse health outcomes because they have unhealthier lifestyles, are less compliant with treatment, and are more affected by stressful events. But she said: “We adjusted for lifestyle behaviors and many other factors in our analysis, and still found that loneliness is bad for health.”

She concluded: “We live in a time when loneliness is more present and health providers should take this into account when assessing risk. Our study shows that asking two questions about social support provides a lot of information about the likelihood of having poor health outcomes.”

The study has highlighted growing concerns about the issue and assumes great significance at places where loneliness is turning into a bane for victims due to lack of support system.

The study assumes significance and greater attention as the world marks the International Day of Older Persons on October 1, each year.

On December 14, 1990, the United Nations General Assembly voted to establish October 1 as the International Day of Older Persons as recorded in Resolution 45/106.

The holiday was observed for the first time on October 1, 1991. The holiday is celebrated by raising awareness about issues affecting the elderly, such as senescence and elder abuse. It is also a day to appreciate the contributions that older people make to society. This holiday is similar to National Grandparents Day in the United States and Canada as well as Double Ninth Festival in China and Respect for the Aged Day in Japan.