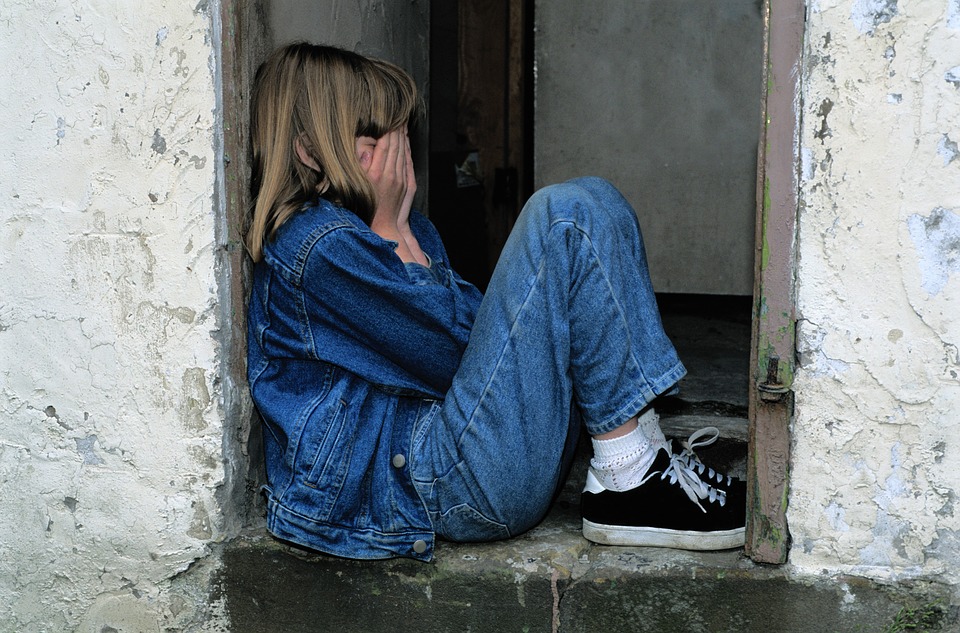 Home » Did you know that one student commits suicide every hour in India?

Mind Matters
“Found hanging from the ceiling fan, she was still wearing her dancing shoes.”

As likely as this line is to come from fiction, it can find a place in a real death report. Teenage suicide. Did you know that one student commits suicide every hour in India? Often in disbelief, parents of these victims cannot find reasons for such an ‘extreme step’ in their seemingly normal lives.

Have you ever found your mind playing tricks on you? The devil on your shoulder telling you how unworthy you are, how useless your life is? You are not alone. Many people that you see around you might have felt the same way at some point or the other.

Mental illness contributes to 7% of the global average disease burden. The number of suicides in India is double than the global average of 11 persons per 100,000 population annually. Mental maladies affect about 15% of Indian (and world) population as per latest estimates. One in six people are victims of mental illness. Depression and anxiety disorders alone affect around 8% of us.

Among the young, suicide is the third biggest killer, with depression the leading cause of early-age disability globally. In fact, mental disorders are thought to affect younger people than statistics suggest.

People experiencing mental disorders resort to one of several coping strategies: discussing the problem with friends or family, social isolation to escape being noticed, or camouflage true emotions into acceptable actions for fear of being judged or abandoned. Unfortunately, the latter two are more popular, driving forces being social stigma and taboo. There is little or no support to sufferers and their families. Surveys reveal that society even feels fearful of the sufferers!

Undoubtedly, behaviors that indicate mental disturbances can sometimes be hard to pinpoint, passed as the simple quirkiness of character than a disorder of the mind. But is the matter really that straightforward?

As a society, we are usually shocked at the news of successful, high-performing, wealthy young individuals killing themselves. Celebrities like yesteryears’ actor Guru Dutt and Miss India 1997 turned VJ Nafisa Joseph took their own lives over strained personal relationships. On the other hand, when farmers drowning in debt kill themselves, the reasons are evident and understandable. Similarly, while some mental illnesses are conspicuous, others are not.

People closest to us know us the best; be it our habits, mood swings or fetishes. Yet, in this fast-paced life in the 21st century, signs of distress escape the friendly radars of our loved ones and our own selves. Besides the lack of free time, our reluctance to understand these complex phenomena, ignorance and social stigma worsen the situation for sufferers. Depressive bouts are confused with laziness, anxiety simply called lack of focus and attention deficit equated to incompetence. Such labels make a negative impact, especially on the young impressionable minds. In fact, half of all mental illnesses begin even before the age of fourteen!

Is It All In Our Heads?

Brains are complex machines. Scientists have been studying it for years to find neuropsychological causes and genetic bases of mental illnesses, which are many- depression, anxiety disorders, eating disorders, cognitive disability and so on. To understand where the problems lie, researchers dive deep into the workings of the brain. The clockwork includes a huge repertoire of chemical and electrical signals that pass between connected brain cells called neurons. Imbalances in signals between or within different parts of the brain result in myriad mental anomalies.

Anxiety is a result of an over-active amygdala- the fear center of the brain, resulting from an imbalance between excitatory and inhibitory signals for this area, making sufferers more nervous and fearful than normal people. Severe anxiety disorders such as panic and post-traumatic stress disorder (PTSD) involve the same parts of the brain, only different disturbances in the ongoing signaling.

Depression, on the other hand, appears to be more complex. Firstly, the levels of chemical signals (neurotransmitters) called serotonin and dopamine are abnormal. Serotonin signals well-being and happiness to our brains while dopamine induces motivation. Secondly, the brain tissue is sometimes shrunken. Third, the ability to form new neurons and connections or repair and modify old ones is impaired. Lastly, immunity modulators called cytokines, which induce sickness behavior like staying indoors, sleeping a lot and generally, low energy levels are found in excessively high amounts in depressed individuals. Cytokine signaling is in fact elevated under chronic stress. Though depression manifests as slow behavioral changes that evade our observation, often simply under the cloak of sadness, it is a serious medical issue.

These findings imply that maladies of the mind are just like those of the body, say cancer or diabetes- complex diseases that manifest upon an interplay of genetic predispositions and environmental triggers- preventable, manageable, treatable. Basically, balanced neurological circuitry is essential for mental health.

Interestingly, we have also witnessed that most people tide over adversities, but some are unable to- not every victim of bullies becomes mentally ill. What determines mental resilience? Environment? Education? Or simply will power? Studies suggest that a feeling of security, purpose in life and positive experiences are the foundations to mental resilience. The sooner one starts building it, the better, but there is never a wrong time to build resilience. These building blocks are present both within and around us.

Preventing chronic negative thoughts is the key to a healthy mind. Children especially need to be allowed more leisure time. Physical activities like exercise, sports and dancing are known to release feel-good hormone endorphin which benefits the brain. Pursuing hobbies, activities that make you happy or fulfilled and content can keep you motivated in low phases of life, teaching you to celebrate little victories. A hearty laugh works the same way.

Invest time in friends and family. Talking to and confiding in someone trustworthy helps you create a support system that you can summon in times of distress or crises. Give the children around you their due time and attention. Cuddling with a pet and playing with kids generates oxytocin- the bonding hormone. Above all, sleep well, for it helps your body and mind heal itself. Rejuvenate them both time to time using tools like meditation to keep serotonin and dopamine balanced.

If circumstances still catch you unaware, know that help is out there, if not in your home, at the touch of a button. Mental health foundations and support groups are at your disposal if only you call them for help. Phone helplines and online counseling portals like “Type a Thought” and “mystruggles.in” – that keep your identity anonymous, exist to resolve your distress. Sometimes simply talking to friends or family is enough to help you tide through. If none of the above helps, tap into professional psychiatrists. Taking medication to relieve yourself of sickness is not a shame. Do you think twice before taking a pill for cold? You might not even need medication. Interventions like Cognitive Behavioural Therapy (CBT) and Neuro-Linguistic Programming (NLP) can help you learn new thinking patterns, overcoming anxiety and fear.

If only we as a community realize that mental illnesses are not chosen by those who are ill, like any other ailment, and fulfill our roles as parents, teachers, and caregivers, healthy and happy youth is not a distant dream. If only we would give children enough time, attention and affection, they would not grow up as broken individuals. If only we learn to ask “How are you?” and really mean it; if only someone were to ask us “Are you alright?” at our most terrible times; if only we accepted the differences among people; if only no one shamed the fat teenager; if only we didn’t burden our children with our ambitions and expectations (and maybe instead followed them ourselves), we could save lakhs of lives. And that would be a life worth living. Wouldn’t it?

We must remember, childhood and adolescence are tender, confusing and ruthless, all at the same time. Young minds need a sense of belonging, affection, and appreciation to grow up normally with nurture, cautious prodding and guidance at every step. This journey translates into meaning and purpose around which their entire adult life would revolve. Many mental illness victims report feeling unloved, unnoticed, or worse – blamed, bullied, beaten and shamed as a youth. So, if we want to save more people from mental disorders, the younger we catch them, the better.

Nishtha Bhargava is a Senior Research Fellow at CSIR-IGIB. When not in the lab, she likes to listen and dance to her favorite music, read books and dream about the future. She believes animals, children, and drunk people never lie and that science has the power to change the world.