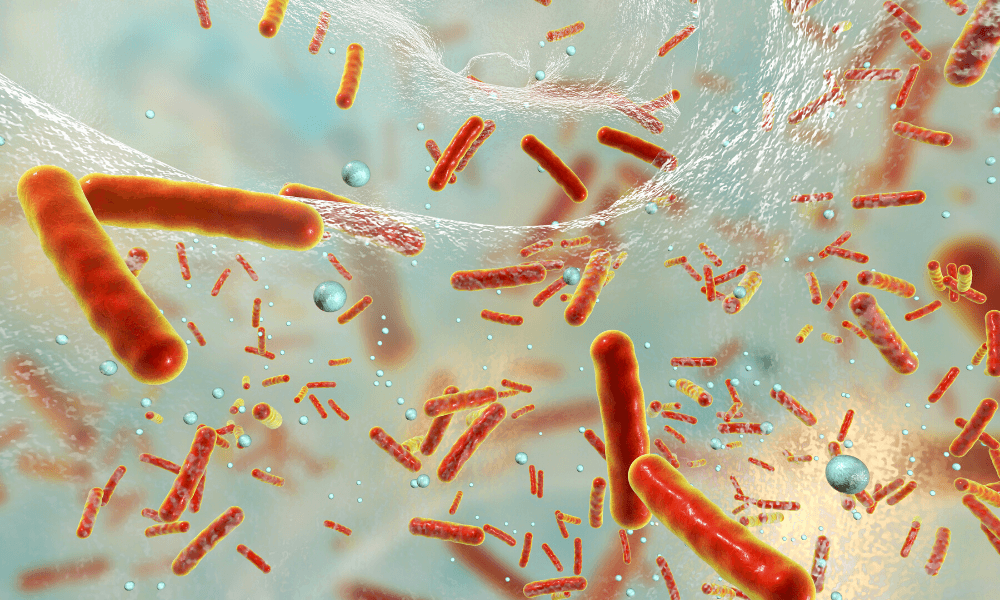 By InnoHEALTH MagazineNovember 18, 2019No Comments

Like the ‘guardians of the galaxy’ the futuristic prospect of this world will be a place where the microbes have become resilient against antibiotics and the fight against infection has ceased to find its way through antibiotics. Though most of the antibiotics that are consumed are metabolized by the body, a negligible amount is passed through us as waste, which is further carried to wastewater treatment plants.

The basic methodology to clean the wastewater in plants is through membrane bioreactor that uses both biological as well as filtration process where bacteria are acclimatized to consume the waste products and help in metabolization. The antibiotic waste breakdown by bacteria often expresses resistance genes that reduce the effectiveness of the medicines. In the long run, the horizontal gene transfer develops whose expression pass from one generation to the next and the resistance genes gain prominence over the years. With the passing phase, the bacteria grow and thrive itself therefore often giving rise to biomass. The biomass is produced in tonnes by wastewater plants nearly every day. After treatment, they are often disposed of as landfills, fertilizers for agriculture and feed crops for livestock. A minute quantity of resistant bacteria and free-floating DNA often finds its way through effluent of the pharmaceutical industries. The studies have further shown that gene elements called plasmids carry resistance genes for several different types of antibiotics, therefore, resulting in a positive correlation between one type of antibiotic and the resistance gene of another. It creates a dangerous dormant situation that can erupt like an active pandemic under the favourable situation. Plasmids are a thousand times smaller than bacteria and their free-floating nature often surpasses the treatment barriers of the filtration system of the treatment process, therefore making exit through effluents. They further contaminate the surface water and groundwater – the two important sources of drinking water. Researchers have found that even low concentrations of just a single type of antibiotic in the water supply leads to resistance in multiple classes of antibiotics and hence leads to antimicrobial resistance (AMR).

Water, as we all know, is the utmost need of our survival. Human body comprises around 60% water and the fact that less consumption of water leads to various diseases in the future. Apart from facts and figure, one simple question we often forget to inquire is where this water is coming from? Surface water i.e. lakes, rivers and ponds or groundwater i.e. tube wells, bore well, well as these are the two sources that give us a glass of water.

Also Read: Passenger Gave Birth to a Baby on Jetliner

Our health concern and the credulous brainwash of our mind by the various available water filter present scenario and save our planet from the harmful effect of self-made destruction.Effective treatment and management of wastewater from the pharmaceutical industry will help in overcoming antimicrobial resistance. Advanced treatment methods such as reverse osmosis, nano filtration, and membrane bioreactors have shown to be promising processes for cleaning micro pollutants with nano gram per litre (ng/L) concentration levels.The nation where the trial/testing of most of the antibiotic occurs, there are rarely any constraints implemented on the disposal of pharmaceutical wastewater to the surface water. The current scenario of environmental issue foresees that in the near future there will be scarcity of drinking water and our hope was restored when global challenge was taken to in the market often diverts us from our prime concern of keeping our planet safe from water pollution. The pollution of water bodies has been initiated by us and still we are invariably helping it grow with every passing day. As discussed earlier, the various point sources from domestic to industrial pave the way for antibiotic to contaminate the water bodies. According to the latest report of UNICEF, 2.1 billion people lack the access to clean and safe drinking water.

How do we remove the problem? What do we do to save ourselves from the harmful effects?

The encouraging words of Normal Vincent Peale, American author ‘Every problem has in it the seeds of its own solution. If you don’t have any problems, you don’t get any seeds’ gives us the hope that we will successfully overcome the present scenario and save our planet from the harmful effect of self-made destruction.Effective treatment and management of wastewater from the pharmaceutical industry will help in overcoming antimicrobial resistance. Advanced treatment methods such as reverse osmosis, nano filtration, and membrane bioreactors have shown to be promising processes for cleaning micro pollutants with nano gram per litre (ng/L) concentration levels.The nation where the trial/testing of most of the antibiotic occurs, there are rarely any constraints implemented on the disposal of pharmaceutical wastewater to the surface water. The current scenario of environmental issue foresees that in the near future there will be scarcity of drinking water and our hope was restored when global challenge was taken to curb the antimicrobial resistance from environment. Remedial measures taken towards eradication are further discussed.

Political commitments: International efforts: World Health Organization Jaipur declaration on antimicrobial resistance 2011 recognized AMR as a serious public health threat. With the 2014 WHO Report, the extraordinary rates of AMR prevalent in India came into focus. After this report, joint efforts were made by India and WHO. While WHO labelled AMR as the Flagship Priority area for South East Asia Regional Office (SEARO), the Indian Medical Association launched an awareness programme to train the physicians and sensitize the general public. In 2015, the 68th World Health Assembly decided to incorporate the concept of One Health in the fight against AMR and a Global Action Plan was initiated. All member countries, including India, agreed to frame their own National Action Plans (NAPs) for AMR by 2017.

National efforts: The Government of India formulated a Core Working Group on AMR that drafted a NAP for the country. Six strategic priorities were listed in NAP, all of which incorporated considerations for AMR in the environment, directly or indirectly. Further, each strategic priority has defined interventions, activities and outputs, the fulfillment of which is delineated by a timeline projected for the next five years. The NAP, although promising, has not yet come into full action in any of the Indian states so far. To curtail the prevalent malpractice of over-the-counter (OTC) sale of drugs, the Central Drugs Standard Control Organization implemented Schedule H1 in India in 2014. It, however, encompasses only a few selected antimicrobial groups. In June 2017, the Food Safety and Standards Authority of India (FSSAI) published the list of maximum residue levels for antimicrobials in foods prepared from animal, poultry and fish.

Health Organization in India: To know the near-exact extent of AMR, AMR surveillance networks were initiated by the Indian Council of Medical Research (ICMR) and the National Centre for Disease Control (NCDC) in 2013 and 2014, respectively. In 2015, these two organizations along with the support from Centers for Disease Control and Prevention (CDC) USA, started a systematic assessment of the prevailing IPC practices in India with the aim of formulating new guidelines for preventing hospital-acquired infections.

Innovative ideas: The National Health Mission of India started the Swachh Bharat Abhiyan or the Swachh India Mission to improve the basic hygiene and sanitation in all spheres of life. As a part of this massive programme, education was imparted through mass media on the health hazards of open defecation. UNICEF data shows that out of one billion openly defecating people in the world, 60 percent reside in India. It is further argued that it is a behavioural problem with the Indians as other poverty struck nations of Africa and South East Asia did not have the problem of open defecation to this an extent. To deal with such socio-cultural issues, innovative ideas along with mass media are needed in India.

Also Read: How to write a funding proposal?

So far in India, antimicrobial resistance in the environment has been a topic of least priority. With an ever-increasing threat of AMR in the environment, immediate action is required to halt its progress and spread. A combined effort of multidisciplinary and multi-sectoral approach will be able to eradicate the problem in the near future.

Dr. Debleena Bhattacharya is an independent researcher. She is presently working as an Assistant Professor in the Department of Environmental Science and Engineering at MEFGI, India. She holds a doctoral degree in Environmental Science from IIT (Indian School of Mines) Dhanbad (India). Her specialisation is in the field of wastewater treatment and biotechnology.