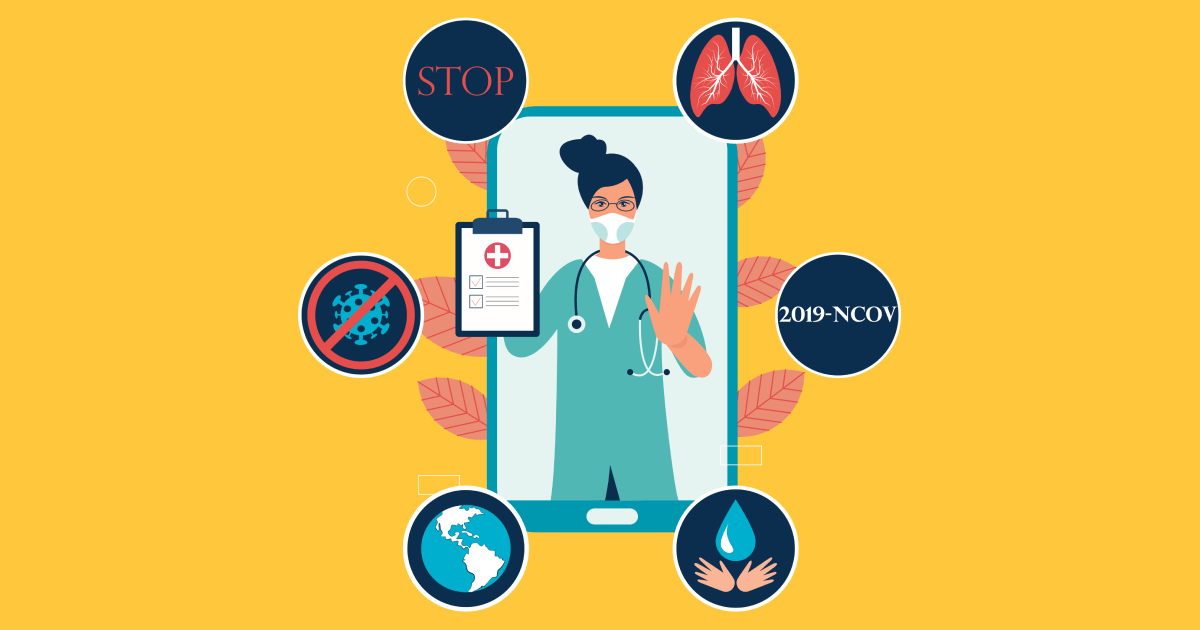 The use of mobile computing has exploded and reached the commercial industry and mainstream consumers via smartphones, mobile phones and tablets.

Mobile health (mHealth) solutions have become an integral component of the healthcare landscape. mHealth apps offer health related information and services which are accessible to patients both at home and on-the-go. Increasing smartphone access has catalysed the development and use of smartphone applications (apps). Mobile health interventions have previously relied on voice or text-based short message services (SMS), however, the increasing availability and ease of use of apps has allowed significant growth of smartphone applications that can be used for change in health seeking behaviour. The use of mobile computing has exploded and reached the commercial industry and mainstream consumers via smartphones, mobile phones and tablets. According to Gartner Inc., worldwide mobile connections will grow up to 20.4 billion by 2020 in India. In a recent example, Apple launched new mobile features on the Apple watch 4 that can track the ECG of the person. In this study, the term ‘mHealth’ refers to public health and clinical activities involving mobile devices like smartphones.

mHealth has attracted researchers from various fields, and the number of research publications has increased. However, to the best of my knowledge, very few literatures have reported on trends, opportunities and challenges of mHealth apps in India. This study investigates the use of mobile health applications on tablets or smartphones for change in health-seeking behavior among Indian adults. The number of mHealth Apps has also exploded and most of these Apps have not been evaluated. There is a need to have a repository of mHealth Apps which have been evaluated by an independent organization and found useful and effective.

Recently, due to the outbreak of covid-19 Coronavirus, the government of India launched a mobile app to monitor to help its citizens identify the risk of contracting COVID-19. Aarogya Setu app is also crafted to keep a user informed if in case he or she crosses a path with a positive tested patient. The app tracks the interaction of people with positive cases with the use of a social graph which is location generated and the use of bluetooth technology. It is a self-testing tool which gives the result based on a simple questionnaire with the help of algorithms and Artificial intelligence. The following are the outlines for the study

The study tool for the aforementioned objective was an online questionnaire for the general public. The questionnaire consisted of open, closed, both single and multiple choice answers and likertscale-styled questions. The researcher conducted an online population-based survey of 250 people aged 18 or older by using a virtual snowball sampling technique. The survey measured socio demographic information, chronic condition presence, health behaviors, quality of life, awareness of mhealth apps, and their usage. Questionnaire is at Appendix 1. Basic demographic-related questions were included, to compare health-seeking behavior as per education, income, gender, and so on.

The 250 responses were recorded in the google form. 247 responded and 3 people did not give consent to be a part of the study and hence were excluded. The inclusion criterion was taken from the smartphone users, those who gave voluntary informed consent and are citizen of India. The exclusion criteria were taken as those who were not Indians, do not own/ use a smartphone, did not consent to the study, and were below the age of 18.

mHealth Applications, identify new Apps that need to be developed to address the burden of diseases, improve health outcomes, oversee independent evaluation and facilitate scale up of the Apps found successful

Out of the persons who believed that mHealth apps improved their health-seeking behavior (36.8% (91/247)) are not sure if they really improved their health or not [47% (43/91)] remaining 42.9% (39/91) observed that it actually helped their health. It is interesting to know from this survey that those who never used any mHealth apps still want to recommend people to use mHealth apps 24.8% (31/125). 67.2% of people (84/125) who have used the mHealth apps before will recommend people to use mHealth apps. Out of all the participants, 1 out 3 is using mHealth apps and more than 40 percent are not aware of mHealth apps therefore a considerable number is not in the technological era. Mental health is a very essential part of human life but today people are not giving too much importance to this aspect that is the reason behind only 6.1 percent of people are using mHealth apps for the betterment of their mental health. Users of mhealth apps differ in their demographic profile as compared to non-users. The users belong to the higher economic status, are more health aware and tend to be younger. There is no difference in the users and non-users depending upon the treatment undergoing. Health app users are younger and the male respondents are greater for using these apps. The study clearly brings out that awareness of mobile health apps is more among the males than the females. Nowadays doctors are not recommending people for using mHealth apps to monitor and plan their health effectively. Arogyasetu app may be the game-changer for recommendation and awareness as the government of India is promoting this app. Although the usage of mhealth apps denotes increasing awareness of health-seeking behavior however the same is not reflective of a corresponding change in health parameters.

Regarding mobile Health app use literature review was done by various researchers. Lancet Innovations recognized the importance of mHealth apps for healthcare and medicine. All these studies focused on disease self-management and remote monitoring of patients. We found that the usage of health app, a person undergoing treatment, and health mindset in our survey was in consonance with these studies. There is a need for awareness for mobile solutions for disease management. Our findings indicate that people undergoing treatment were not using health apps. We found this relationship not only when we were looking at mhealth users but also when we were investigating people undergoing treatment.In another study from England: Awareness and Use of mHealth Apps by Reem Kayyali and his team, identified a lack of awareness and use of health apps by the public. Our findings are consistent with this study, they are unaware about these app’s benefits. This is exacerbated by doctors failing to recommend such apps to their clients and patients, despite the benefits.

A Survey on “Trend, Opportunities and Challenges of mHealth Apps” was done by Shaidah Jusoh of Northern Border University, Rafha, Saudi Arabia.The findings showed the critical factor in the success of mHealth apps due to the involvement of all healthcare stakeholders. Another study conducted in four counties (U.S., Brazil, China and India) in 2012, aimed to identify the views of healthcare professionals, patients and customers regarding mHealth. Through our study we are confirming the usability and its benefit for the public. It can help the policy makers to make decisions for increasing awareness about mHealth and its benefits. The study also confirms that with the right motivation from the doctors to patients for the use of mHealth apps will surely increase awareness among the population.

Exploring the review of literature, a systematic review by Dale and team was found where mHealth is an important contributor to behaviour change intervention and disease management. “Use of Mobile Health Applications for Health-Seeking Behavior Among US Adults” a study by Bhuyan SS explores the use of mHealth apps on smartphones or tablets for health-seeking behavior among US adults. “Evaluating mobile phone applications for health behaviour change: A systematic review’’ study by Fiona H McKay and team stated the better way to process the effectiveness and the quality of apps by studying the behaviour changes caused due to mobile health apps. In an article published in June 2018 entitled “Health as a Means Towards Profitable Ends: mHealth Apps, User Autonomy, and Unfair Commercial Practices”, discussed mHealth apps and their potential to change the behaviour of the user. “Behavior Change Techniques in mHealth Apps for the Mental and Physical Health of Employees: Systematic Assessment” is an article by Elsbeth de Korte published in October 2018. Research on Health apps is very limited. Interventions will be useful if they ensure change in health seeking behavior.

Our study is in accordance with the various studies mentioned above as far as change in health-seeking behaviour of individuals in India is concerned. While the usage of mHealth apps is very popular among young people; older people are also increasingly becoming aware of the benefits of mhealth apps. Role of age in usage of mhealth apps underscores the importance of new ways of helping in health topics, and is increasing in future. In our study, we found weight loss, healthy diet and smoking cessation were the most common behaviour change targeted by the apps.Since there are a very large number of mHealth Apps available, the users get confused about their usefulness and authenticity.

There is a need to use a framework (Fig. 1) in developing, evaluating and scaling up the mobile Applications to address the burden of disease. It is also important for public health authorities or health IT industry professional bodies to establish a platform where authentic mHealth Apps can be identified, tested and approved by independent institutions such as health ministry. Such platforms can suggest gaps to software developers as to where mobile Apps are needed to address the burden of disease and interventions. There is a need to establish platforms preferably driven by a government institution such as InnoHealth which brings together mHealth App developers, academicians, public health programme managers and government policy makers to oversee the whole process to help review the available mHealth Applications, identify new Apps that need to be developed to address the burden of diseases, improve health outcomes, oversee independent evaluation and facilitate scale up of the Apps found successful.

This study was an attempt to ascertain the level of awareness and consequent benefits of a positive change in health seeking behaviour amongst 247 Indians. It was heartening to note that the level of awareness was pretty high (x%) however the usage of mHealth apps (y%) needed a lot of improvement. The study paves the way to research on various innovative and novel ways to educate the people on the positive benefits of the usage of mHealth apps. The study though suffered from the limitation of firstly being conducted online and secondly being conducted only for persons holding a smartphone. The sample size ideally should have been much higher to be representative of a country as vast and varied as India. Another issue is that the survey questions constrained the findings that could be deduced from the results. However, it highlights the importance of the role mHealth plays and the need to enhance its use to educate the public for improving their health behavior.

Dr. Sanjiv Kumar Dixit is currently Professor, Leadership, Global Health & Strategic Management at INCLEN Institute of Global Health, Chair of Indian Alliance of Patients Group, Indian Academy of Public Health, Chair Institutional Ethics Committee of Gautam Budh University and member Governing Board of NIHFW. He has a vast experience of 44 years and was earlier the Director IIHMR Delhi and Executive Director, NHSRC, MoHFW.He has been conferred with many national and international accolades and fellowships

Shikha Gill is an experienced Business Consultant and a certified physiotherapist with a demonstrated history of working in the information technology and services industry. Her areas of interest are: Health Informatics, Business Analytics, ERP, global health, Innovative health IT solutions to bring changes in the health of societies.