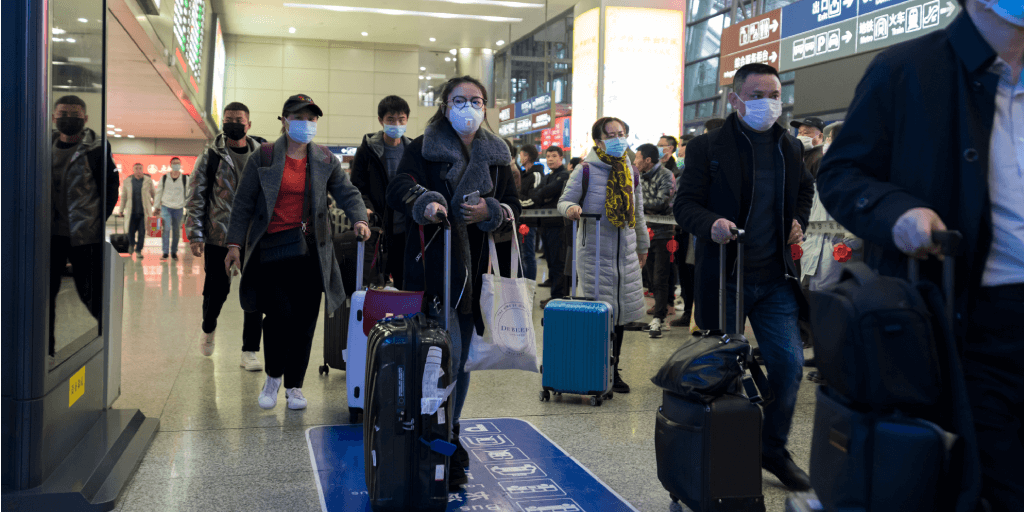 Corona virus: A name
much heard and facts lesser known

Corona virus: A name much heard and facts lesser known

An ongoing epidemic, fifty affected nations, numerous health-anxious people across the globe, a major economic fallout, ample of online rumors and a TINY 27-34 Kb VIRUS. Yes! Here we are talking about the major viral outbreak that has taken a toll of almost 2,805 lives up till now; Corona Virus – A virus that doesn’t respect borders. This article intends to present a preliminary opinion about the viral outbreak, the associated myths, the fact check and current situation report.

Origin and the Outbreak

In December 2019, a cluster of viral pneumonia cases was officially announced due to an unknown cause detected in Wuhan City, Hubei Province of China. On 22 January 2020, origin of a novel virus was declared from wild bats and these viruses belonged to the family of beta-corona virus which contains Severe Acute Respiratory Syndrome Associated Corona virus (SARSCoV). Both CoV and SARS-CoV belong to same subgroup with only seventy percent similarity at genome levels, as the CoV-19 shows major genetic differences from SARS corona virus. The novel virus was given the interim name 2019-CoV by World Health Organization (WHO) and was later renamed SARS-CoV-2 by the International Committee on Taxonomy of Viruses. Third in the list of corona viruses which have emerged in the human population in the past two decades, 2019-nCoV has put all public health organizations globally on high alert.

The novel corona virus that is supposedly believed to have emerged from a local Chinese market has killed more than ~2000 people and rapidly spread around the globe. The latest situation reports released by WHO, state 77,780 confirmed cases, and 2666 deaths within China and has known to affect fifty countries across the globe with 2459 confirmed cases, and 34 deaths.

Corona viruses are a large group of viruses surrounded by a core of genetic material surrounded by an envelope with protein spikes. This gives them the appearance of a crown. ‘Crown’ in Latin is called ‘Corona’ and hence, the name corona virus. These are known to cause several respiratory and sometimes gastrointestinal infections in animals and humans. Respiratory diseases can vary from common cold to pneumonia.

The respiratory infections may include Severe Acute Respiratory Syndrome (SARS) and Middle East Respiratory Syndrome (MERS). SARS was the cause for the 2002–2003 epidemics which first emerged in the Guangdong province, China. Both SARS and MERS corona viruses originated likely from bats and their direct transmission to humans has been reported. The initial epidemiological investigations on the pneumonia-like cases that occurred in Wuhan city clearly linked to seafood and animal markets. These point towards the zoonotic origin of the novel corona virus. On the grounds of environmental sanitation and disinfection, the Chinese government immediately had shut down the markets.

With the origination of first case, the infection was probably from animalto-human (zoonotic) but with the increase in number of infections within and across the borders of China, clearly implicated a second transmission from human-to-human. Since the day of official outbreak of the epidemic, China has been making continuous efforts to understand the epidemiology, identify the origin, clinical manifestation, possible transmission routes, development of diagnostic kits and global risk assessment. Reportedly, the possibility of human-to-human transmission was raised by the Wuhan Health Commission as infections of family members of the afflictedmarket workers and the healthcare workers suggested the occurrence of individual-to-individual spread.

Since the day of official outbreak of the epidemic, China has been making continuous efforts to understand the epidemiology, identify the origin, clinical manifestation, possible transmission routes, development of diagnostic kits and global risk assessment.

Sources and Modes of Transmission

The secondary cases of infection began to be reported approximately 8−10 days after the first official outbreak. The patients who were newly diagnosed had never been to the allegedly culprit marketplace but had a history of contact with the people working there. The confirmed reports of several infected healthcare workers from Wuhan city indicated the occurrence of human-tohuman transmission. The first case of infection outside China was reported on 13 January 2020 from Thailand. Other cases from countries across Chinese borders such as the USA, France, Japan and South Korea have also been reported. Human-to-human disease transmission often happens due to close contact. Like most respiratory viruses, 2019-CoV is also considered very contagious. Its transmission occurs primarily through respiratory droplets which spread when an infected person sneezes or coughs. Ongoing investigations on the spread and severity of disease still are unable to explain whether a person can be infected by coming in contact with an infected surface or object. We lack sufficient data on the infectiousness and severity of the disease and extensive research is ongoing.

Although research is ongoing but yet there is no proven cure for novel corona virus to-date. No vaccine or antiviral treatment currently exists. Ongoing efforts by the healthcare providers majorly aim at managing the symptoms, and supportive and preventive therapy. Regularly washing hands, maintaining safe distance from those who are infected, wearing masks and avoidance of touching one’s own face is highly recommended to prevent the disease.

Clinically, the infected people majorly show initial flu-like symptoms such as fever, cough, difficulty in breathing, and fatigue. Development of the disease can further lead to severe pneumonia, acute respiratory distress syndrome, septic shock and even death. Few of the infected may be asymptomatic, i.e. showing positive test results confirming infection but showing no clinical symptoms. Health agencies have advised that individuals who are in close contact to infected patients should be monitored and examined in real time to rule out infection.

Governments have advised against all the unessential travels to countries with reported infected individuals and country with epicenter of the outbreak. Though efforts are underway all across the globe, till date there are no specific medications for 2019-nCoV or SARSCoV-2. Supportive therapies that can provide relief to the symptoms include self-isolation, intake of plenty of fluids and regular flu medications.

As on 27 February 2020, no details were available on the spread of SARS-CoV-2 (previously 2019-nCoV) however, it is known that the droplets of other corona viruses can stay suspended in the air only for a short time. As stated by WHO, they have shown uncertainty on how long the virus can survive on various surfaces.

The drug, Favipiravir which has previously been approved for treatment of influenza, showed early efficacy against SARS-CoV-2 in human trials in China. The Chinese National Medical Products Association, in February 2020, approved it as antiviral treatment for SARS-CoV-2. Another antiviral drug, Remdesivir which has been used in the first case reported from the USA, is the only one drug to-date which might have real efficacy. The drug supposedly terminates the viral transcription at early stages.

Social media and other online sources have spread a lot of rumors amongst the highly health conscious people across the globe which pose to suggest various miracle cures for corona virus. Let’s have a quick check on the myths and facts related to the deadly 2019-nCoV.

Corona virus is on the edge of spreading across the world. There have been reports of large clusters of cases outside Chinese boundaries. It has posed new global challenges with its widespread aggressiveness. Complicating matters, the unease and cost of its early detection, prevention and supportive therapies have alarmed the global public health agencies. Since the vaccines cannot be developed so early and manufacturers working on its vaccines cannot make them available to the public at least before a year. Meanwhile, when the virus is on a rapid spread, the best measure is to prevent and slow the spread of infection from symptomatic individuals. Strategic measures like social distancing and self isolation can be implemented community-wide to slowdown the aggressiveness of the pandemic. China has been practicing these strategies by land lockdown of Wuhan city, immediately after the announcement of outbreak. Next in the list is Italy, where Codogno is being now called the “Wuhan of Italy” and currently is in lockdown.

The need of the hour is testing of the virus at early stages and at broader and global levels. A handful of laboratories and few specialized equipment cannot cope up with the current condition. We need rapid and cheaper diagnostic kits at everybody’s doorsteps and vigilant public healthcare agencies. Since, there is a lack of standard methodology to evaluate the pandemic’s existence and severity, superpowers such as the USA who are financially competent must take lead and create a task force to fast-track the development of new diagnostic kits.

Developing a widely affordable and accessible point-of care diagnostic kit requires significant budget, decisive health-driven execution, reliable scientific tools and protocols which would help in determining whom and when to test, how to interpret and how to attend to the infected, and cooperative nations. With this approach, we can not only control the current novel pandemic; it can also help in creating an infrastructure to deal with future epidemics

Dr. Jasmeet Kaur Chhabra is a Doctorate in Immunology and whenever she gets free time from her full-time job, she loves to read and write about imperative issues in healthcare.