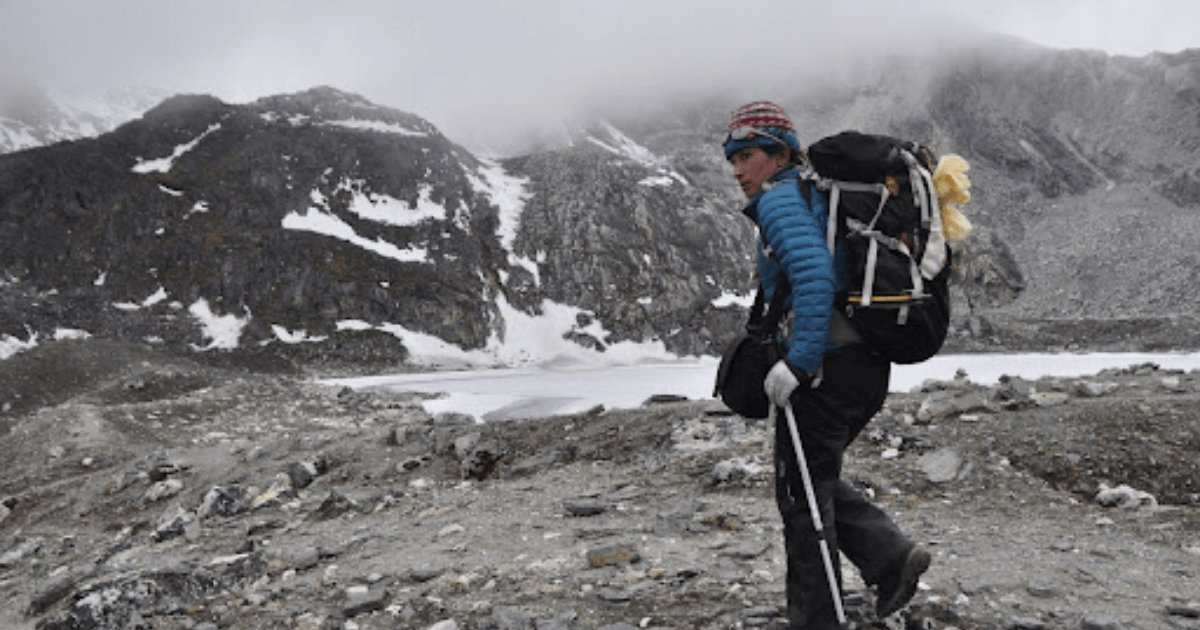 Experience the inspiring journey of a mountaineer

Home » Experience the inspiring journey of a mountaineer

Dr Anshu Jamsenpa is the first woman mountaineer who climbed Mount Everest twice within five days. She is also the first Indian woman in the world to climb Mt.Everest five times for this achievement she received Padma Shri in the year 2021. She was a lead actress in the movie ‘Crossing Bridges’ and is also a mother of two children. She is an inspiration for all those people who dare to dream and turn their dream into reality.

Dr Debleena Bhattacharya, Associate Editor, interviews her on the experiences she has gathered during her expeditions and those that have helped her to grow personally and professionally.

1. When did the desire to climb Mt. Everest came to your mind? What planning you had gone through to undergo the mission and how much time did it take?

I was always an outdoor kind of a person. I’ve been drawn to nature and the mountains  ever since I can remember. It was during my adventure course in Manipur that I seriously began thinking of taking up mountaineering as a career because mountaineering and adventure sports/tourism had tremendous potential in our region. I went for my basic course at the National Institute of Mountaineering at Uttarkashi and advanced course from Himalayan Mountaineering Institute in Darjeeling. The instructors began encouraging me to think about climbing Everest as they were confident seeing my determination which initially came as a shock to me but helped in firmly planting the seeds of my passion for eventually climbing Everest. I began planning about climbing Everest after my advanced course was over and for the next one year I began meeting government officials and ministers in order to fund my expedition. I had to sell my land and dig into my savings to come up with the required funds in order to finance the climb.

I had to deal with a lot of people who were a bit unassertive about my ability to climb Everest.

2. Tell us about your journey and what hardships you have to endure to make your dream come true?

My struggles really began after finishing my advanced course. I wanted to fulfill my dream of climbing the highest mountain in the world, but climbing Everest is a very costly affair. I began going around meeting government officials, ministers and bureaucrats inquiring for any help and assistance that they can provide for my venture. I met everyone I could whom I thought might help me. But to convince people who weren’t sure about my abilities in the first place was a difficult task. There were days when I couldn’t sleep or eat properly. Most of the people whom I met gave me cold responses, barring a few. Between all these a pre-Everest expedition to mount Nepal peak took place. By sheer chance I was chosen as one of the climbers of the expedition at the very last minute in place of another climber as again very few people believed I was capable. I always had faith in my skill and by the time the successful summit to Nepal peak was over, a lot of the climbers had changed their opinion on my climbing abilities.

I had to deal with a lot of people who were a bit unassertive about my ability to climb Everest. Almost no one was convinced I could actually do it and some even came forward to suggest that I was crazy and should just drop the whole thing. People began saying I would come back from Base camp itself. I had to ignore all the naysayers and keep my focus on my goal and among all these there was the struggle to generate funds for my expedition. All these took quite a toll on me both mentally and physically. Though so many things were happening still I always believed in my dreams and somehow kept going.

3. Being a mother and mountaineer how did you cope up with both these responsibilities ?

My first and foremost responsibility is towards my children. My dreams and passion come after them. My children are my top priorities and being a mountaineer will always take a second seat to them. However I have always been aware of the fact that females are treated unequally in society and I really wanted to set an example for my daughters that as women we can break the glass ceiling which often confine ourselves to societal norms with its narrow ways of thinking. Towards the end it was vital that I set a personal example for my daughters and for women in general through my actions that no dream is impossible.

I have had many long conversations with my daughters and talked to them about the positive impact that could be brought about in our society if I succeeded in my endeavours apart from this the positive change that could take place in people’s mindset about women who are going after their dreams. I have been very fortunate to have had two very understanding and mature daughters who eventually began to understand their mother’s passion to do something different. Feel very proud of them for motivating me. Their undulating support has always encouraged me to chase my passion, although I have always had to go with a very heavy heart during my expeditions leaving my children behind knowing that I might not return.

A deep feeling overtook me and I felt a very strong sense of connection to God at that moment. It’s a feeling that I get whenever I reach the summit of any mountain.

4. It is truly inspiring to balance the role of being a mother and also an ardent mountaineer. Your journey will motivate our readers.How did you feel when you have conquered Mt.Everest for the first time?

The first summit of Everest for me was a very unusual one. The weather had turned for the worst while climbing and a majority of climbers turned back from the balcony. I couldn’t see ahead clearly and kept forging ahead through the packed weather with terrible visibility and it was only when my Sherpa Lakpa Rangdu infomed from behind me that we had reached the summit did I realise I had reached the top. I felt an immediate goosebumps all over me when I realised I had truly summited Mt. Everest. But we couldn’t savor the moment. The weather was terrible and there was a real danger of frostbite. We quickly unfurled the national flag, took pictures and descended back down. It was a moment I shall never forget. A deep feeling overtook me and I felt a very strong sense of connection to God at that moment. It’s a feeling that I get whenever I reach the summit of any mountain.

5. Was it there in your mind to climb Mt.Everest five times ?

No, I had never thought of climbing Everest so many times. Maybe it was fate. After my first successful summit, which I couldn’t really saviour because of the bad weather, I became self-assured by my fitness and climbing abilities. This brought a desire in me to climb the mountain again and even my Sherpa kept telling me that I should go in for a second summit attempt as I had the fitness and ability to do it.

Having climbed Everest twice, I began guiding young mountaineers everywhere which I always wanted to do and this brought me further opportunities to climb Everest. My final two climbs were a result of my desire to test my limits and to prove to myself that I could climb Everest the fastest that anyone has ever had.

6. You had played the role of lead actress in the film “Crossing Bridges”, do you have any plan to pursue it further?

I have always been open to new experiences and this led me to try my hand at acting. It was a novel and a different experience for me and I enjoyed being an actor. I was again offered to act in another movie but I couldn’t commit to it because of date problems. Given the opportunity in future, I am open to standing in front of the camera once again.

7. What benefit did you accrue by climbing that you would like to convey to the younger generation?

Climbing has been a window to myself. I have pushed myself to my limits and realised that one can go further and higher then one realises if we are willing to take the risk. Making a world record was a distant dream but I pursued it with dogged determination and it happened. I would want the younger generations to realise that all their dreams, no matter how wild or unachievable it may seem, will most definitely come true if you pursue it determinately without getting distracted with the naysayers.

8. What are your future plans?