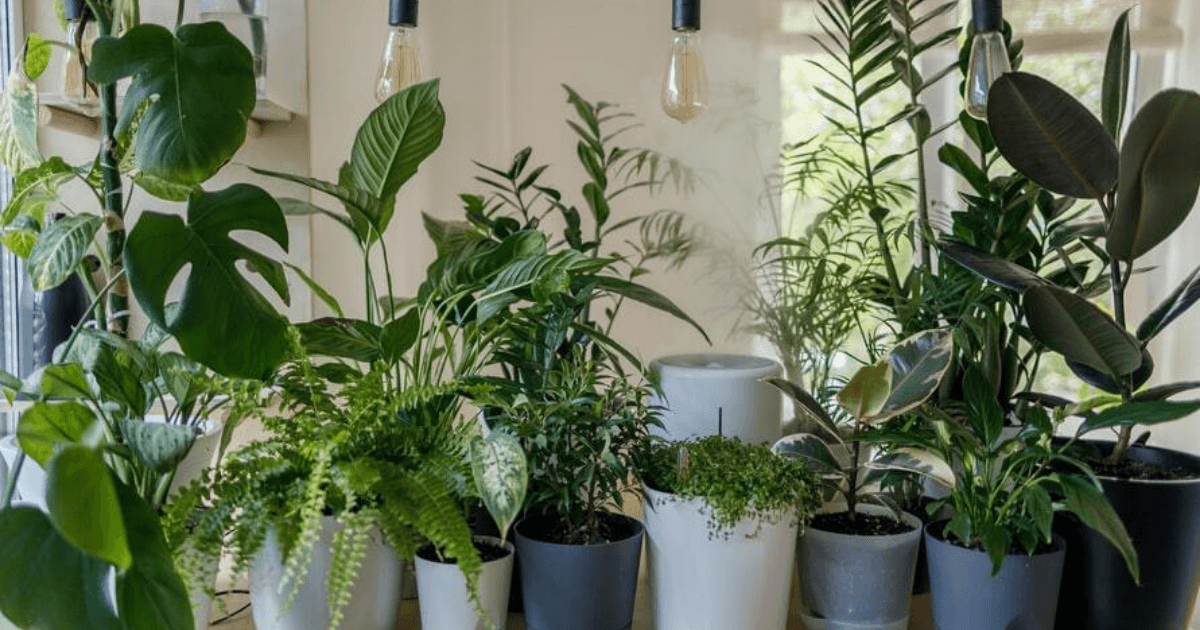 A Novel Attempt To Purify The Air Around You

Home » A Novel Attempt To Purify The Air Around You

Who doesn’t like to have clean air around their homes and workplaces? Yes, of course, all of us crave for pure and pleasant air encircling our body, mind and soul. Indeed, everyone has the right to clean air. Having said that, it is also everyone’s responsibility to keep the air clean. How can we purify the air around us? Is it possible to do so through minimal efforts and also in a more natural way? Yes, it is definitely possible. But before that let’s know something about the basics of indoor air pollution, the commonest sources of indoor pollutants and finally the simplest way to get rid of them.

We spend almost 90% of our time indoors whether it’s in home, office, schools, colleges or simply at a shopping mall. But we often tend to ignore the quality of air that we breathe in when we are indoors.

We spend almost 90% of our time indoors whether it’s in home, office, schools, colleges or simply at a shopping mall. But we often tend to ignore the quality of air that we breathe in when we are indoors. According to the Environment Protection Agency (EPA), some people are believed to be suffering from “Sick Building Syndrome” (SBS) in which the building occupants experience a feeling of ill-health and it comprises various non-specific symptoms. No specific illness or cause is identifiable. It is attributed to some of the indoor pollutants about which we are unaware most of the time.

Some of the commonest sources of indoor air pollution are:

Various toxins emitted from these sources include:

Plants were “a promising, economical solution to indoor air pollution”

In 1989, B.C.Wolverton (Principal investigator of the famous NASA Clean Air Study) in his study entitled “A study of interior landscape plants for indoor air pollution abatement: An Interim Report” announced that plants were “a promising, economical solution to indoor air pollution”. He screened a dozen common houseplants and tested their ability to remove a variety of toxins. NASA also recommended having at least one plant per 100 square feet (10 square meters). Although this research is quite old, it is still regarded by many as the most comprehensive and accurate to date.

I personally believe that: “He who plants a tree, plants a hope”. Therefore, I have passionately made my own collection of indoor plants. Most of them are low maintenance plants requiring very little care and most of them turned out to be the air purifying plants as recommended by NASA. I have never felt that I have enough plants. I have only felt that I need more shelves. Also don’t let the fear of limited space keep you away from growing or buying plants. So, here goes the list of best indoor air purifying plants, with their care tips and the toxins which they can remove.

It is native to southern and central Africa. It is characterized by its upright sword-like pointy leaves. They help to regulate healthy airflow. It can convert carbon dioxide into oxygen at night and is therefore ideal for bedrooms. They are perfect houseplants, not requiring a lot of water. They tolerate low light conditions very well and you don’t have to worry too much even when they are left in a dark room. Snake plants filter toxins such as formaldehyde, benzene, trichloroethylene, xylene.

They are one of the most adaptable houseplants and the easiest to grow especially for the beginners. They possess a gush of green-white striped, long and thin leaves.They are pet-friendly. They can flourish in medium light conditions. NASA’s study found that spider plants were able to remove 95% of the chemicals from the air in 24 hours. They filter toxins such as carbon monoxide, benzene, formaldehyde, xylene, styrene, toluene. They can also absorb ozone and clear the air-borne irritants..

It is a herbaceous perennial that does best indoors in moist, but not soggy soil. It has beautiful glossy green leaves and an unusual ability to blossom in medium light conditions.The pure white flower turns pale green in 10 days and then remains for at least a month. It filters toxins like formaldehyde, trichloroethylene and benzene. In the NASA study, peace lilies were one of the top ten plants for removing the common household toxins, even ammonia.irritants.

It is a succulent plant that grows in hot, dry climate. It has thick leaves that can store water for a longer time. It acts as air purifier by removing volatile organic compounds (VOCs), taking up carbon dioxide at night and emitting oxygen. It can remove toxins such as formaldehyde and benzene.

It is a climbing plant well adapted to indoor conditions. It is also popular as an ornamental plant especially during winter seasons and Christmas. In one study (presented to American College of Allergy, Asthma and Immunology) it was found that they could reduce particles of fecal matter and moulds. Researchers found that the amount of fecal matter was reduced by more than 94% in 12 hours and the moulds went down by 78.5%. It is a perfect air purifying plant for bathrooms and during winters to combat the moulds.

They are deeply rooted plants with bright coloured flowers in shades of red, pink, yellow, orange, and lavender. They need an unusual combination of bright light and moderate temperatures.They filter toxins like benzene, formaldehyde and trichloroethylene moulds.

Florist’s chrysanthemums or “garden mums” are ranked the highest among all the air purifying plants. They are one of the most vibrant houseplants that bloom in a variety of vivid colors, including yellow, white, red, orange, lavender, and purple. They eliminate common toxins including ammonia.lds.

It is a low maintenance plant which keeps growing without fail for years. They are stylish, exotic and versatile and come in a wide variety of shades including pink, red, orange, yellow, and gray.  It emits high oxygen content owing to its larger surface area. It removes toxins such as formaldehyde, benzene, carbon monoxide, VOCs through phytoremediation.

They are deeply rooted plants with bright coloured flowers in shades of red, pink, yellow, orange, and lavender. They need an unusual combination of bright light and moderate temperatures.They filter toxins like benzene, formaldehyde and trichloroethylene moulds.

These are one of the most attractive, durable and tolerant houseplants. They are more resistant to insects. Growing between 3 to 6 feet tall, the long, elegant leaves of this sturdy palm sweeps away toxins such as formaldehyde, xylene, choloroform, carbon monoxide and benzene. It was the third most powerful plant in the NASA study at removing formaldehyde.ds.

These are unusual looking varieties native to the tropics of Southeast Asia. It has oversized, shiny, oval-shaped leaves that have a rich emerald hue. Rubber plants produce lots of oxygen more than any other plant, in fact! They also remove toxins like formaldehyde and also the mold spores and bacteria from the air by upto 60%.

It is a vast group of beautiful flowering plants available in a wide range of colors. According to NASA, anthurium is incredibly effective at removing formaldehyde, ammonia, toluene, and xylene from the air. They are also effective against moulds and viruses.

It is a beautiful foliage plant with arrow-shaped leaves. It requires low to medium light. It is an excellent air purifier and removes benzene and formaldehyde.

Looking at these beautiful plants, don’t you feel like planting a few of them atleast? Better late than never, start growing these elegant plants at your homes and workplaces so that you can breathe clean air.