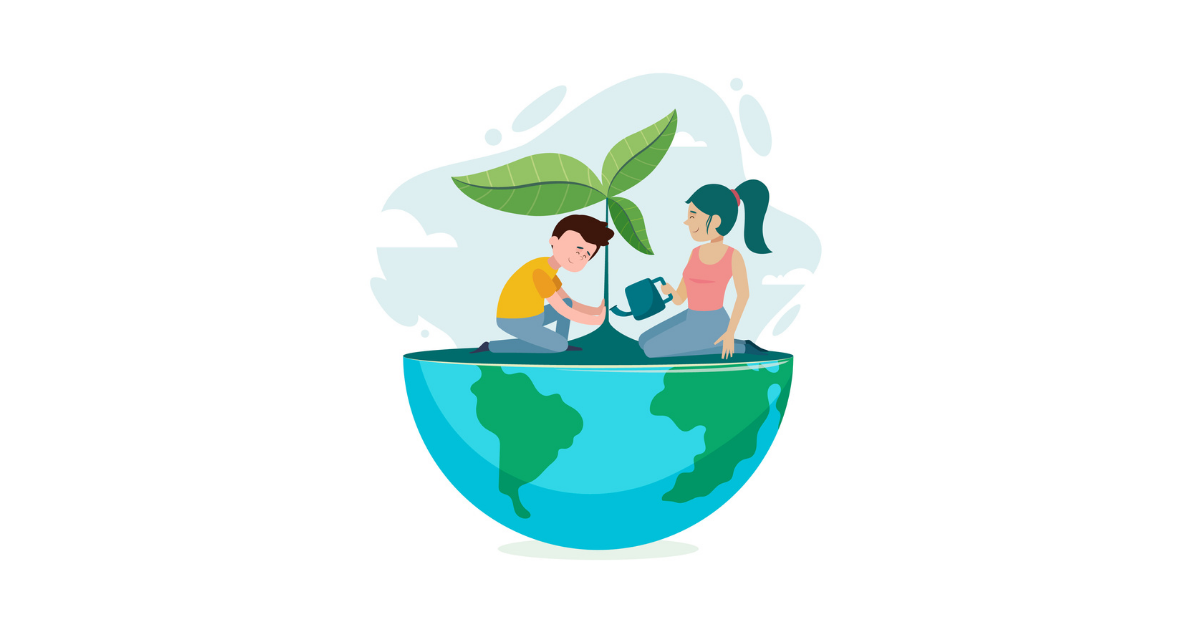 The very existence of man depends upon the environment and to maintain a healthy living all our senses must be awakened by Yoga. The relationship between Yoga and Environment has traversed a very long path. The touch of the grass blades drenched in morning drizzle under our feet when we walk over the green pastures is still the healthiest exercise. The fragrance of the flowers changes our mood and invariably makes us feel good no matter what time it is in 24 hours.

There is a very intriguing relation between the two where a peaceful mind gives the solutions to a problem and a sustainable environment can only thrive with a balanced mindset. The amount of pollution created by us, the humans, has invariably led to the rise of various diseases and thus a chaotic situation as witnessed through the COVID-19 pandemic. The sedentary lifestyle, surrounded by concrete jungles and unhealthy consumption of food is often making a person sick, people are now in dire need for a healthy living and through Yoga this is often controlled. The self created environment of man has become the root cause of diminishing his very existence and one cannot escape the present lifestyle but a new lease of hope can be culminated through the practice of yoga.

The best part of yoga is its existence in the environment. Meditation calms the mind and it gives the option to hear the music of nature (chirping of birds) which is otherwise lost in the honking of the horns. Research has shown that touching the soil with your hand elevates your mind as the microbes present in soil have effects on the brain in the same way as any antidepressant drugs. Our five senses as depicted in Yoga are connected to Nature and one of the most vital role is played by Water. The first pollution was witnessed in water and through the book ‘Silent spring’ written by Rachel Carson on the spread of harmful pesticides like DDT in water, this problem was known to mankind. The reason behind the celebration of June 5 as Environment day is the starting of the Stockholm Conference in 1972 for awareness about the environmental pollution to all the 152 and more participating nations. The first environmental law was the Water Act that came in force 1974. Water thus is the most integral part of our existence.

Yoga also depicts water in various forms like ‘touch’ witnessed by cold water therapy which controls the anxiety, improves the circulation, enhances the immunity and provides better emotional and physical resilience, uplifts the mood and clears the toxins from our body. The ‘taste’ of sweetness or salt is enhanced by the digestive juices secreted in our body and they are controlled by the drinking water. After a heavy shower the earthy smell of soil known as ‘Petrichor’ comes which enriches our smelling senses and uplifts our mood. After rainfall the trees and plants also liberate beneficial natural chemicals known as Phytoncides which have a very positive impact on our immune system and mood upliftment. Researchers have found that there is a strong correlation between the sound of the waves and serenity in the mind.

The intermingling of both gives a clear picture that if we are causing harm to the environment it will cause an impact on our physical and mental well-being. The world Yoga day as witnessed on June 21 is also the same day when the sun appears at its highest elevation to mark the solar solstice and there are so many yogas related to sun hence this day was unanimously declared by the United Nations as ‘Yoga day’.

The five elements of Yoga like Air, Water, Fire, Earth and Space are connected to the Environment. The imbalance in any of them will cause problems for mankind. We need to preserve our earth by leading a sustainable lifestyle where the importance of Yoga is known to everyone. The answer to our good health lies in our environment and this reminds me of the lyrics of Bob Dylan that  says ‘The answer, my friend, is blowing in the wind. The answer is blowing in the wind’.

Composed by: “Dr Debleena Bhattacharya is presently Assistant Professor in Marwadi University (MU), Rajkot, Gujarat. Prior to joining MU, she has worked as Project coordinator for BIRAC-SRISTI PMU, a joint venture of Govt. of India and NGO located in Gujarat. She received her doctoral degree from IIT Dhanbad and her area of interest is wastewater treatment, environmental biotechnology, and molecular genomics. She has authored a book published by CRC Press, U.S.A alongwith scientific papers & book chapters.”