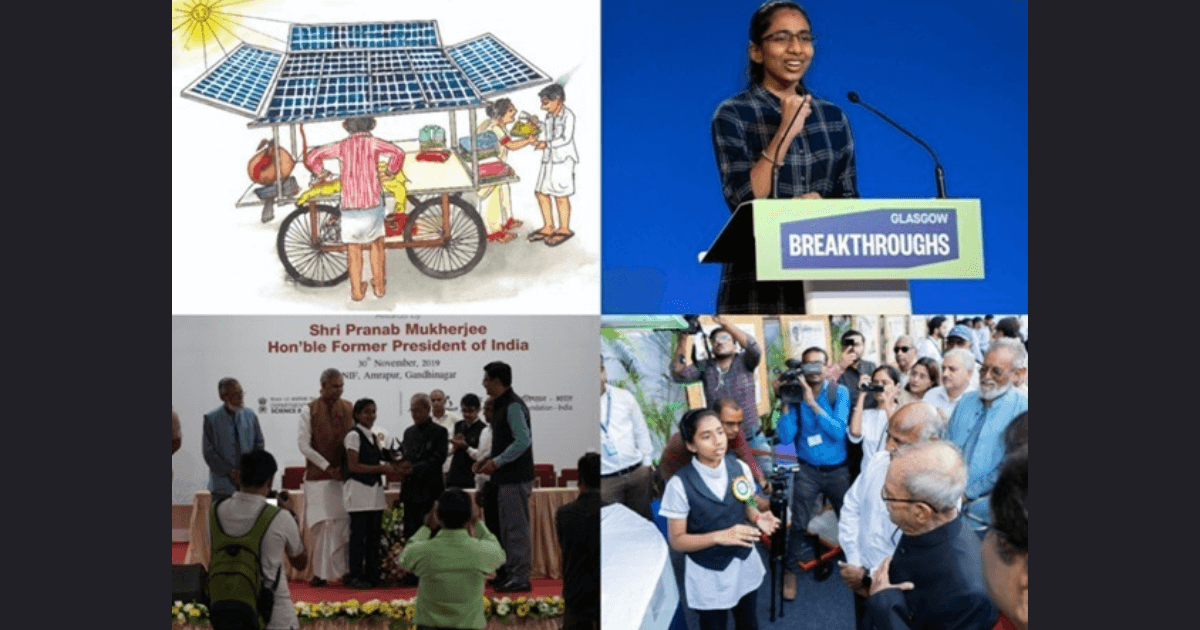 Teen from India calls for clean energy at COP26 meet

The leaders who had come from across the world to attend the global meet heard her with rapt attention not without a reason: she has been recognised as the Earthday Network Rising Star by Earthday Network, an international environment campaign, for 2021, for her innovation of a solar ironing cart.A class 10 student from Tiruvannamalai district of the southern State, Vinisha Umashankar, is also a recipient of the Dr. APJ Abdul Kalam IGNITE Awards instituted by National Innovation Foundation (NIF) – India, an autonomous body of the Department of Science and Technology, Government of India. She won the prestigious award for her mobile ironing cart, which uses solar panels to power a steam iron box. She is now an inspiration for the world for her speech at the international conference.A key benefit of the solar ironing cart is that it eliminates the need for coal for ironing bringing about a shift towards clean energy. The mobile `istriwalae’ (laundry persons) can now offer their services at the doorstep of their customers without adding the dreaded carbon dioxide greenhouse gas to the atmosphere.

The ironing cart can also be fitted with USB charging and mobile recharging points which can fetch extra income for them. It is an ingenious solar-powered alternative for the millions of charcoal-burning ironing carts for pressing clothes and can benefit the workers and their families. The device can also be powered by pre-charged batteries, electricity, or diesel-powered generators in the absence of sunlight.Vinisha’s efforts have made India stand out as a country that brings innovative solutions for the climate change problem. Prominent world leaders like the Prime Minister of India Shri Narendra Modi; Prime Minister of Britain Mr. Boris Johnson; President of the USA Mr. Joe Biden; Prince William, founder of The Earthshot Prize; Mr. John Kerry, the Special Presidential Envoy for Climate (SPEC) from USA; The Duke and Duchess of Cambridge and Noted philanthropist Mr. Michael Bloomberg amongst others were audience to her speech which is attracting a global appreciation.