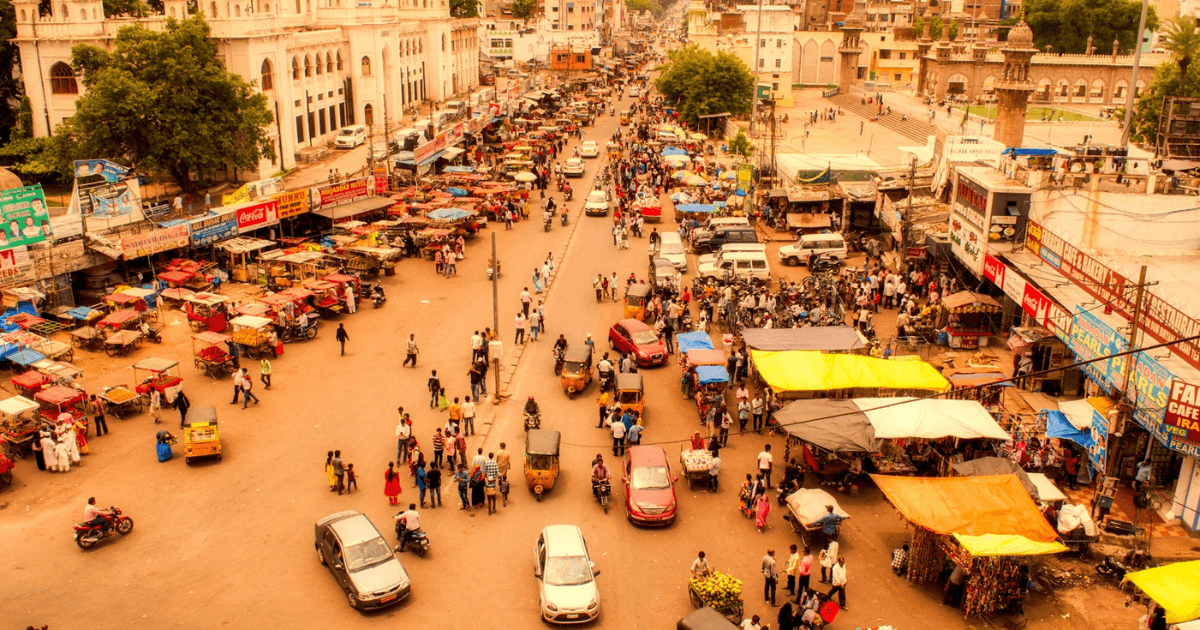 Maj. Gen. (Prof.) Atul Kotwal is currently serving as Executive Director, National Health Systems Resource Centre (NHSRC), an apex body for technical assistance under NHM, MoHFW, GoI. With more than 37 years of experience, Dr. Kotwal is a medical professional, public health researcher, administrator, educator, mentor, and teacher with significant contribution to the field of Public Health. He has diverse experience including serving in the armed forces, as a Public Health Advisor in Botswana, Africa and providing technical support to GoI in the erstwhile Planning Commission.

His areas of expertise include health systems, policy and planning, primary healthcare, urban health, health technology, epidemiology, implementation and inter-disciplinary research. Dr. Kotwal has received numerous awards for his contribution to the Armed Forces, Sena Medal (Gallantry) and Vishisht Sewa Medal (VSM), being the notable ones. With more than 140 publications in indexed journals, his contribution to research, evidence generation, knowledge sharing and providing academic support in the field of public health is invaluable.

Urbanization is one of the leading global demographic trends with a significant impact on the health and well-being of the population. As per World Health Organisation (WHO), more than 55% of the world’s population lives in urban areas, which is likely to increase to 68% by 2050. This scenario puts great demand on governments across the globe to address the varied vulnerabilities and issues affecting the health issues and health outcomes of urban populations. As most of the urban population growth will occur in developing countries, their governments have a unique opportunity to plan and guide urban development in a way that favourably affects the health and well-being of the urban population.

India too is urbanizing rapidly, in alignment with the global trend. As per the Census of India, the population in urban areas has increased from 286.1 million in 2001 to 377.1 million in 2011 (projected 483 million, in 2022). The urban population constitutes 31% of the total population in India and is expected to increase to more than 550 million by 2030.

The unprecedented growth of this scale comes with issues such as disparities, inadequate urban housing and infrastructure, overcrowding, insufficient urban amenities, etc. An increasing number of communicable and non-communicable diseases, malnutrition among children, insufficient water and sanitation facilities, etc., affect the health status of the urban population. According to the National Family Health Survey (NFHS 5), 18.5 percent of the urban population does not have access to an improved sanitation facility, and 1.4 percent do not have access to an improved drinking water source.

The private sector undoubtedly makes significant contributions to fill the existing gaps in healthcare service provision; however, several issues plague the efficiency, equity and quality of their services.

India’s focus on the comprehensive development of the urban health system is a recent phenomenon. The Tenth Plan observed that “Unlike the rural health services, there have been no efforts to provide well-planned and organized primary, secondary and tertiary care services in geographically delineated urban areas. As a result, in many areas, primary health facilities are not available; some of the existing institutions are underutilized, while there is overcrowding in most of the secondary and tertiary centres”. Responding to this reality, the National Urban Health Mission (NUHM) was launched in 2013 under the overarching umbrella of the National Health Mission (NHM).

The launch of NUHM was a decisive step taken by the Government of India, acknowledging the heterogeneous nature of communities in urban areas, which resulted in unique vulnerabilities and requirements and initiated systematic development of urban health systems across the country. NUHM provides a comprehensive framework for setting up urban health systems in different contexts and defines institutional mechanisms at the national, state, and district levels for implementation.

Under the National Urban Health Mission, every municipal corporation and town panchayat becomes a unit of health planning. The Mission provides flexibility to states/UTs to choose the model which suits the needs and capacities of states to best address the healthcare needs of the urban population, especially the urban poor. The broad framework of programme implementation proposes rationalizing the available human resources, improving access through communitised risk pooling mechanisms, and enhancing participation of community in planning and management of the health care service delivery by ensuring a community link volunteer such as ASHA (Accredited Social Health Activist) or Link Worker from other programs like ICDS, etc.

Empowerment of the community through awareness generation, whereby they can demand services from the Health System, is also an important area of emphasis under the NUHM. Urban health systems have an edge over their rural counterparts in the availability of human resources for health, as the urban density of doctors is nearly four times that in rural areas and three times higher in the case of nurses. However, the outcome of NUHM has not been uniform across urban areas in the country.

Although, the out-of-pocket expenditure (OOPE) as a percent of Total Health Expenditure has reduced from 64.2% in 2013-14 to 48.2% in 2018-19,  the average OOPE in government hospitals in urban areas is Rs. 326, while it is Rs. 1082 in private facilities. There also exist wide variations in OOPE across states in the country. The Government of India is implementing programmes such as the Free Drugs and Diagnostics initiative, PM-National Dialysis programme, etc., in rural and urban areas with the aim to reduce OOPE endured by families; However, It is imperative also to understand the context-specific direct and indirect costs which people in urban areas might have to spend like transportation to the health facility, loss of wages, etc., to understand the true extent of the financial burden endured while accessing healthcare services.

These include distributional inequalities of private providers in urban areas, a lack of uniform standards and protocols to which the private practitioners may adhere to, a need for quality assurance and cost control mechanisms for private providers, lack of implementation of the Clinical Establishment Act (CEA) in some states, leading to a regulatory vacuum, etc.

Although the 74th Amendment of the Constitution places the healthcare system under local governance, its role in delivering healthcare in many states is almost negligible. In states like Kerala, decentralization under NUHM has resulted in the devolution of functions, funds, and functionaries to the ward level; some states in India have not reached this stage. Research shows that the weak capacity of ULBs is one of the major reasons for their sub-optimal involvement in planning and implementing health policies and programs.

It is in this context that the Government of India launched the Ayushman Bharat – Health and Wellness Centres (HWCs) in 2018, marking the shift of focus from selective to comprehensive primary healthcare. Under this program, the Government of India targets the conversion of 1.5 lakhs SHCs, PHCs, and UPHCs into Health and Wellness Centres by December 2022. Funds for converting UPHCs into UPHC-HWCs are also provided under recently launched schemes like Ayushman Bharat – Prime Minister’s Health Infrastructure Mission (PM-ABHIM) and the 15th Finance Commission earmarked grants for local bodies.

Universal Comprehensive Primary Health Care is planned to be provided through these Urban Health and Wellness Centres (Urban HWCs) and Polyclinics, in addition to dedicated funds for diagnostics in close collaboration with Urban Local Bodies. Another critical intervention is establishing cost-effective laboratory systems at the district level that provide rapid, reliable, and accurate test results, with defined upwards and downwards linkages.

These facilities will enable decentralized delivery of health care services closer to people, thereby increasing the reach of the public health system to the vulnerable and marginalized in urban areas. The Government of India is building the capacity of rural and urban local bodies to plan and implement the urban components envisaged under PM-ABHIM and the 15th Finance Commission grants. This can bring revolutionary improvements in the governance of urban and rural health systems.

A ‘one size fits all’ approach will not work for urban areas, as the requirements of residents residing in the same slum area may vary as they migrate to slums from different contexts and cultures.

Moving forward, the most crucial strategy to improve health outcomes in urban areas is understanding the dynamic and complex nature of health vulnerabilities experienced by the urban population. A ‘one size fits all’ approach will not work for urban areas, as the requirements of residents residing in the same slum area may vary as they migrate to slums from different contexts and cultures. In order to respond suitably and adequately to improve health outcomes, there is a need for a granular understanding of the vulnerable groups and the nature of their vulnerability. This strategy will pay huge dividends in improving the health of urban communities and will improve social inclusion.

Strengthening communities’ involvement in the governance of urban health systems also requires enhanced focus. Community platforms like Mahila Arogya Samitis (MAS) in urban areas bring community members into the governance process through their participation in regular monitoring of health care services. This empowers communities to take ownership and hold the health system accountable for their needs.

Strengthening convergence and collaboration between different departments in urban areas is another aspect that needs improvement. Implementation of vertical programs without integration into the existing health system results in duplication of efforts and resources and poses a sustainability issue.

The ‘Framework of Implementation for NUHM’ emphasizes that the focus of the Mission is on the urban poor, which includes residents of listed and unlisted slums and vulnerable populations such as the homeless, rag-pickers, street children, rickshaw pullers, construction and brick and lime kiln workers, sex workers, and other temporary migrants. However, considering the efforts made by the government to ensure quality, affordability and availability of healthcare services in urban areas, it is time to move from the current targeted approach to a holistic approach. Additionally, following a targeted approach in the provision of services is not easy, given the dynamic and temporary nature of populations in urban areas.

With the exponential growth of the urban population, it is only rational to anticipate a parallel increase in the urban poor population in the coming years. The above mentioned approaches are not exhaustive; however, these could be used as a starting point in devising strategies. Effective knowledge-based health planning, implementation, monitoring, evaluation, and health governance are required at all levels to ensure equitable access, affordability, and quality of services provided at urban health facilities and to ensure equitable health outcomes in the dynamic and complex urban populations.