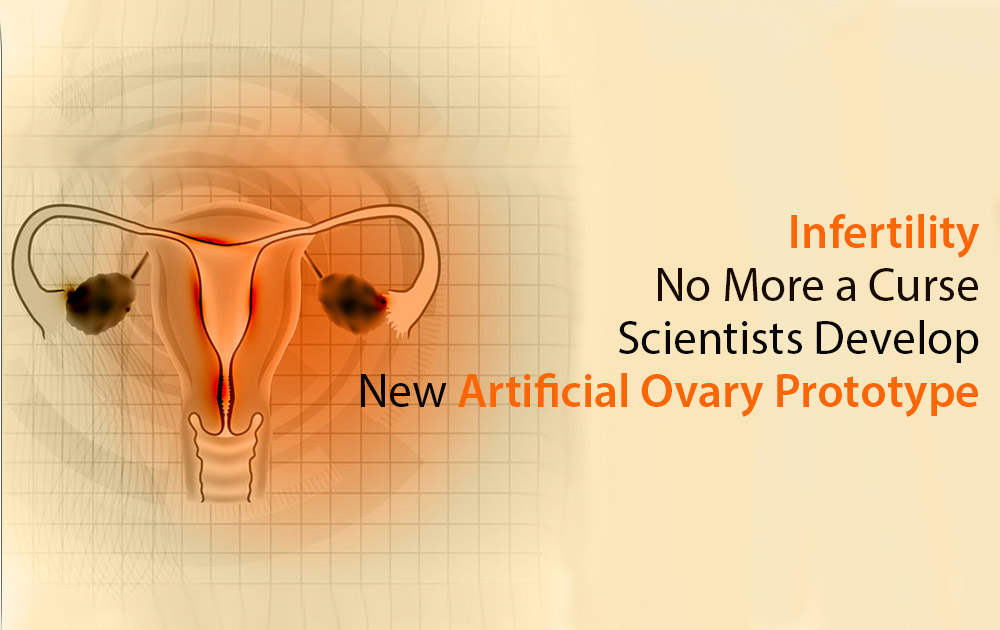 A protein formulation based on fibrin resembles the architecture and rigidity of human ovarian tissue. And ovary transplant can be use. Belgian researchers have taken important steps towards creating transplantable artificial ovaries. Once successful, these could be of value to women struggling with infertility or cancer patients who cannot conceive after undergoing radiation or chemotherapy.

The research team has identified a protein formulation that closely resembles the structure and rigidity of the natural tissue lining a woman’s ovaries, says Marie-Madeleine Dolmans of the Université Catholique de Louvain in Belgium, in an article in Springer’s Journal of Assisted Reproduction and Genetics.

Through cryopreservation, it is already possible to store a cancer patient’s ovarian tissue. To transplant it back into her body once her cancer treatment has completed and she has gone into remission.

The technique has already helped 130 mothers who survived cancer to conceive and give birth. Such treatment is, however, not advisable for patients who have a risk of malignant cells in their frozen ovarian tissue. In that case, ovarian tissue cannot be reimplant because of the chances that their cancer could return.

Developing a transplantable artificial ovary with isolated follicles from their tissue could, therefore, offer these women more possibilities to conceive.

The first step in the process is to remove and freeze some ovarian tissue before a woman starts cancer treatment. When needed, follicles (producers of hormones such as estrogen and the precursors of mature female egg cells) are isolated from the ovarian tissue and encapsulated within a scaffold made of fibrin that is grafted to the patient. This hopefully restores the patient’s hormonal and reproductive functions. In previous studies, Dolmans’ research team used a type of filamentous protein around which blood clots form called fibrin to construct the necessary artificial ovary tissue scaffolding or matrixes.

“The idea is that these matrixes should mimic the structure and physical properties of the human ovary in such a way that it could ideally support the growth of follicles within which the egg cell resides,” explains co-author Maria Costanza Chiti.

Dolmans and her team have so far performed tests using mice tissue and follicles. But in this study, the research team turned their attention to the minute characteristics of human tissue. Three women of child-bearing age analyzed from biopsies using scanning electron microscopy.

The thickness of the layers and characteristics such as the stiffness of the tissue compared with that of four different concentrations of fibrin.

“This was done to identify the fibrin formulation that best resembles the natural milieu of the human ovary in terms of architecture, porosity, and rigidity,” says Chiti.

The research team tested different fibrin matrix concentrations. One – which is called F50/T50 – emerged as the combination of choice in terms of ultrastructure and rigidity. As well as the way in which it closely resembles the outer layer of the human ovary.

“These combinations may mimic the physiological environment of human follicles more closely. Making them good candidates for the artificial ovary prototype,” says Chiti. “Such findings are essential to help us standardize fibrin matrix architecture.”