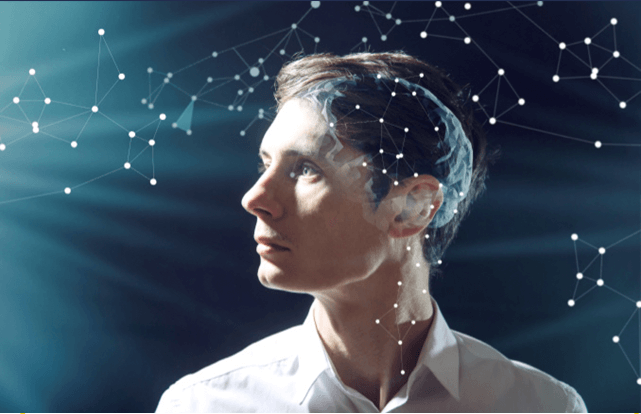 By InnoHEALTH MagazineJuly 11, 2019No Comments

Artificial Intelligence (AI) refers to “the intelligence generated through synthetic sources”. However, the irony here is, the source is a product of an organic (human)brain. Thus, it is a misnomer. Earlier it was speculated that AI progresses as per the evolutionary rate of human brain and if it happens otherwise, it can soon turn into an extinction tool. But today human evolution has reached a stage in which data processing technology stored in smartphones is far more superior than those used in sending the first man in the space. This miraculous journey of human evolution took nearly five to six decades.

The current century not only witnessed a revolution in the areas of biotechnology and genomics; it also produced enormous data (annotated sets). Since the last two decades, we have reached a complete shift from human-based to machine-based data analysis, filtering, classification, and interpretation. Deep learning algorithms are replacing 1940’s neural networks and providing data which was invisible to human perception earlier. Biologists now face this challenge of prediction analysis based on this in-depth data analysis.

The over fitting of the model to its training data, which in turn is huge in size, poses a challenge to find ways to classify data to train it more efficiently. Computers have learned to find the needle (required information) in a haystack (huge database)which we as humans fail to identify and process.

During data analysis earlier, we were keeping experimental variations constant, but now with input tools like adding environment design, multiple controls etc., the perspective of data processing has changed completely. Present elaborate databases are analogous to our DNA in which most part looks repetitive and to know exactly why it is there, critical data screening and processing is required by new tools which further get improved through the acquired information and are better prepared for next generation of data.

Also Read: The Vulnerability of Medical Institutions to Cyber Attacks

Human intelligence is a complex simulation outcome of twelve characteristic features that include perception, resolving problems, learn, reason, abstract, plan,decide, understand, feel, act, create, and finally communicate. The human brain can be compared to a processor which processes these features using eight mental mechanisms which include imagery, concepts, rules, analogy, emotions, actions based on intentions, language, and consciousness. These twenty features (twelve characteristic features and eight mechanisms), taken together present the evaluating benchmarks for current AI. The major flaw in our current AI system compared to human intelligence is its limited ability in terms of abstracting and understanding with no feelings. However, AI is expanding its knowledge and processing in an exponential manner. Human-made AI now understands more than its earlier versions. AI is forecasted to pass through phases of knowledge engineering, machine-learning, and contextual marginalisation. It is like acting by rules, making new rules, learning to act again, to evolve new rules.

A simple AI tool such as a calculator can enable a person to use arithmetic for him/her. AI is now providing solutions in natural language processing, complex data sets for agriculture variables, etc.

However, unlike a calculator, it is yet to be accessible both in terms of tools, data set and skill for the public. Networking of multiple disciplines and protected commercial data with limited accessibility are major hurdles in the process. India is getting digitized in a fast manner. Adding Aadhar *unique identification number* was the major step followed by demonetization. As per CIS (India) of 2018, AI will add 957 billion USD by 2035. Health IT is booming with new start-ups every day, but the challenge is integration under streamlined vision. It is important to understand that any solution is sustainable with a participatory approach as exhibited by the evolution of telecommunication globally. Our basic education system is extremely diverse across the country with varied types of public and private players. The variation in state wise curriculum especially other than language is questionable. We can still choose Biology or Mathematics as separate options at our higher secondary education. This itself kicks out the possibility of emerging computational biologists in the future. It took almost ten years to build the world’s largest neuromorphic (neuron-like) computer Dubbed Spiking Neural Network Architecture (SpiNNaker) at the University of Manchester. This machine rethinks the way a conventional computer works. Its major objective is to support existing partial brain models of the cortex, basal ganglia, etc. It can manage 200 quadrillion tasks simultaneously. Still, we have reached only 1 percent of human brain capability that too with many simplified assumptions in the process. SpiNNaker is more comparable to mouse brain which is 1000x times smaller than the human brain. Although we need to explore more to understand the human brain and how it functions but once it is decoded any universal Turing machine can be turned to mimic human cortex actions. Intelligent and super-intelligent machines are our future and will make our life more convenient. Still, there are numerous challenges and ethical issues during these developments. We are moving towards a stage where time will become the ultimate currency governing all the aspects of human life.

Dr. Sarita Jaiswal, an ex-research officer at University of Saskatchewan, Canada, is an accomplished Plat Scientist having 15+ years of R&D experience with specialization in cereal and pulse crop biochemistry and genomics. She has been awarded twice for the category of Young Scientist (Indian Society of Plant Physiology and amp; KK Nanda Foundation for Advancement of Plant Sciences).